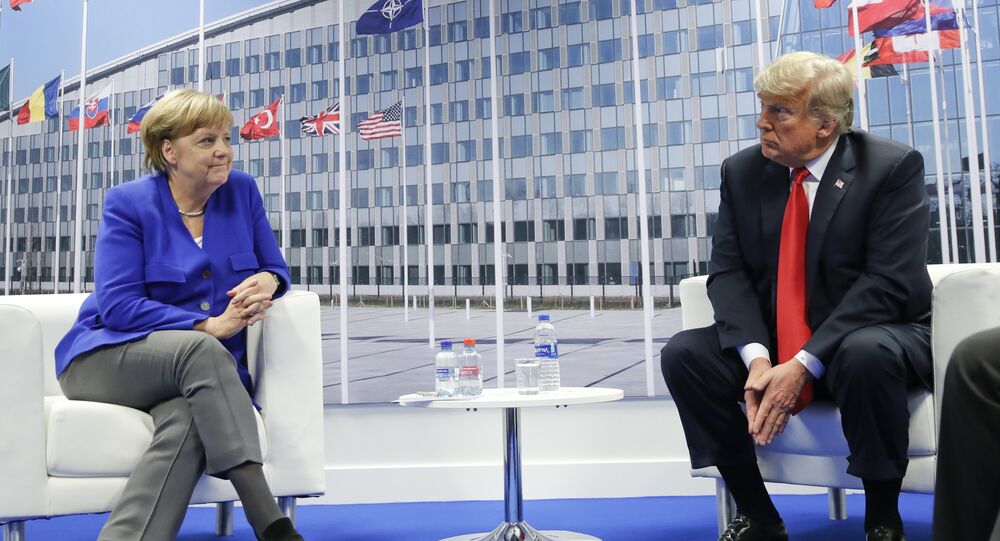 BERLIN (Sputnik) - The meeting of German Chancellor Angela Merkel and US President Donald Trump, which was initially scheduled Friday but was canceled due to a delay in Merkel's arrival in Argentina, will take place on the sidelines of the G20 summit on Saturday, a representative of the German government told Sputnik.

"The meeting will take place today, an agreement has been reached," Berlin's representative said.

The representative added that about 30 minutes were allotted for these talks in Merkel's schedule.

This comes after German chancellor arrived in Buenos Aires late on Friday after a delay which followed her plane's unscheduled stop on Cologne en route to the G20 summit in Buenos Aires. The emergency landing was caused by a technical malfunction.

The talks with Merkel was not the only cancelled meeting, as earlier the US administration cancelled a meeting with Russia's President Vladimir Putin. Later, a source familiar with the matter reported that Putin may still hold talks with Trump on sidelines of the summit, noting that the US should initiate the meeting for that.