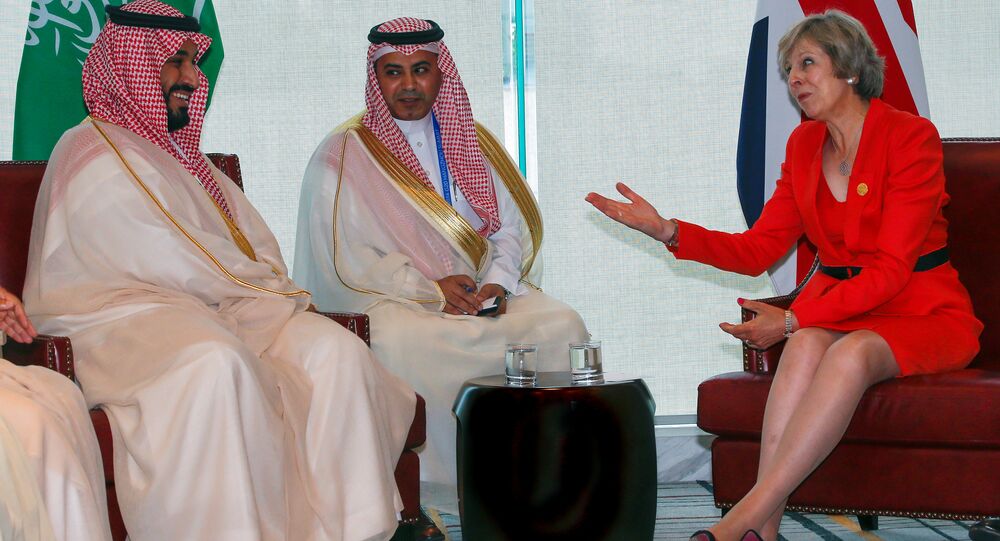 Britain has rejected calls by some of its European allies to stop selling arms to the Kingdom over its leaders' suspected role in the killing of Saudi dissident journalist Jamal Khashoggi, as well as Riyadh's pursuit of the war in Yemen.

British Prime Minister Theresa May will hold a bilateral meeting with Saudi Crown Prince Mohammed bin Salman on the sidelines of the G20 Summit in Argentina on Friday, a spokesman told reporters.

"I am intending to speak with the crown prince of Saudi Arabia. The message that I give will be very clear…on this issue of Jamal Khashoggi but also the issue of Yemen," May promised Thursday. "We want to see a full and transparent investigation in relation to what happened and obviously those responsible being held to account," she said regarding the Khashoggi case.

"On the issue of Yemen, we continue to be deeply concerned about the humanitarian situation. The long term solution for Yemen is a political solution and we will be encouraging all parties actually to look for that and work for that," May added.

Earlier this week, Germany, Denmark and Finland urged fellow EU states to halt arms sales to Riyadh over its prosecution of the war in Yemen. In a surprise move, the Republican-controlled US Senate Foreign Relations Committee passed a resolution to end US support to Saudi Arabia in the Yemen war, which will now lead to a broader debate on the issue.

© AP Photo / Hani Mohammed
Houthis Ready for Talks in Sweden, But Ask UN for Security Guarantees
Dissident Saudi journalist Jamal Khashoggi disappeared inside the Saudi consulate in Istanbul, Turkey on October 2, with Saudi authorities eventually admitting he had been murdered, while emphasizing that senior Saudi leaders including Crown Prince Mohammed bin Salman had nothing to do with the crime.

Saudi Arabia and a coalition of mostly Persian Gulf state allies began operations against Houthi militia in Yemen in March 2015 following the late 2014 overthrow of Yemeni President Abdrabbuh Mansur Hadi, who fled to Riyadh. The coalition's blockade of Houthi-controlled ports has been condemned by the UN for causing a humanitarian disaster. Last week UK-based aid group Save the Children released a report estimating that close to 85,000 Yemeni children under the age of five starved to death as a result of the war and blockade.