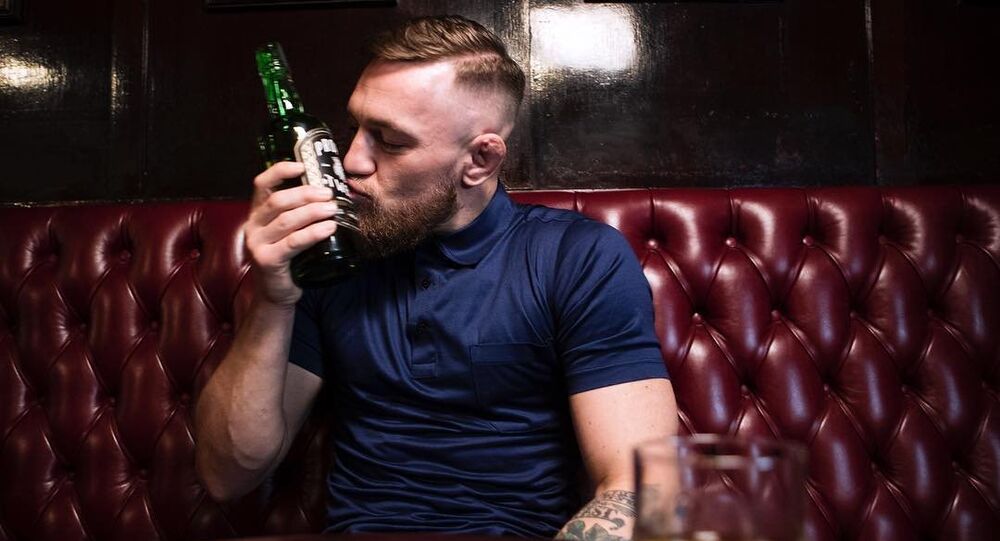 Deal of the century or a great start-up idea? A UFC enthusiast - and a Proper No. Twelve drinker - literally made money out of thin air when he hawked an empty bottle of the fighter's new Irish whiskey online, winning the praise of the Irishman, whose newly released spirit sold out within a matter of weeks.

An enterprising fan of MMA star Conor McGregor has shared a story of his win-win strategy for success, paved by the knowledge of how capitalism works. The man, going by nickname Eric M. Hammer, boasted that he paid $31 for a bottle of McGregor's Proper 12 whiskey, polished it off, and sold it on eBay for $40.

Here’s the deal. I bought a bottle of whiskey, drank the whiskey, then sold the EMPTY bottle of whiskey for a profit. So shout out to me for taking Microeconomics twice in college. And big ups to @TheNotoriousMMA for being a star. WE MAKIN IT RAIN DOLLAR BILLS UP IN HERE 💰💰💰💰 pic.twitter.com/0mu19avXca

"30-percent return on investment," the up-and-coming businessman underlined, "and I got to drink a bottle of whiskey in the process."

His get-rich-drunk methodology has inspired a number of copycats. A search for "Proper No. Twelve" on eBay produces several listings for empty bottles that have been put up for sale, with prices ranging from $7 to $80.

"I appreciate the support and the hustle," McGregor wrote, praising his brand as a new ruler that had dethroned a "king that had reigned over whiskey since the year 1780" — an apparent reference to Jameson, the world's most ubiquitous Irish whiskey, which has been produced since the 18th century.

Conor McGregor launched his own brand in Northern Ireland and the United States earlier this year and has since promoted it at multiple UFC media events, including an explosive press conference with Russia's Khabib Nurmagomedov in September.

He boasted that the whiskey was so popular that a six-month old supply sold out faster than expected. "I don't usually see reason to apologize but in this case I want to take this chance to apologize to absolutely everyone for our out-of-stock situation," he told TMZ. "I was at the distillery last week and we have plans in place to be back in stock in Ireland and the United States in early December and onward."