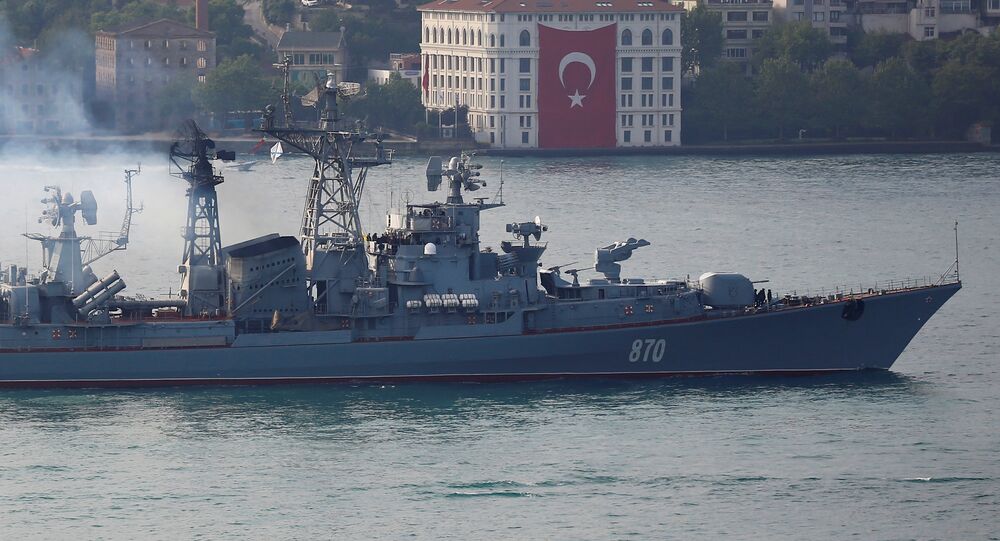 Earlier in the day, Turkish President Recep Tayyip Erdogan said he had discussed the possibility of mediating the crisis between Russia and Ukraine following a violation of Russia’s maritime border by Ukrainian warships.

Speaking at the second International Maritime Security Conference in Kiev, Igor Voronchenko, commander of the naval forces of Ukraine, said that the country’s authorities would ask Turkey to close the passage of the Bosphorus Strait to Russian warships.

‘As the commander of the naval forces, I ask and express my confidence that the international community will still make a decision and recognise that there was an act of aggression against the state of Ukraine … We will try to ask for the closing of the passage of the Bosphorus Strait in the Republic of Turkey’, he said, accusing Russia of violating international law.

According to Voronchenko, it would be achieved in line with article 19 of the 1936 Montreux Convention regarding the Regime of the Straits, which gives Turkey control of the Bosphorus Straits and the Dardanelles and regulates the passage of naval warships.

‘We had to show our face in the Kerch Strait and the Sea of Azov, and show what these boats are capable of’, he added.

The vessels were ultimately seized by Russia after failing to respond to legal demands to leave the area.

Moscow has described it as an unequivocal provocation in violation of international law, while Ukraine has claimed that it was an ‘act of aggression’ and introduced martial law, which will remain in place until 25 January.