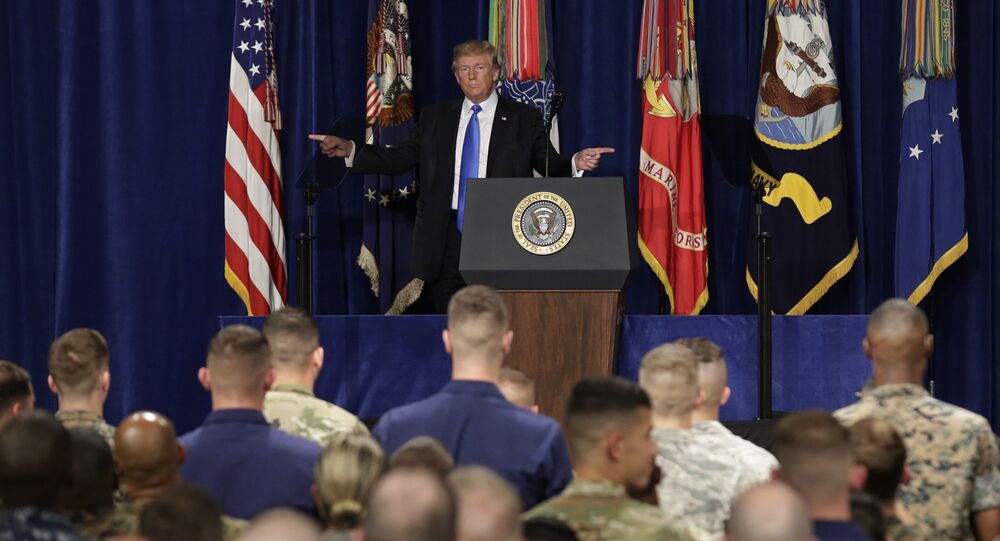 GENEVA (Sputnik) - The US new strategy in Afghanistan, announced by President Donald Trump last summer, has been a game changer for the advancement of the country's peace process, Afghan President Ashraf Ghani said in a keynote statement during the Geneva Ministerial Conference on Afghanistan on Wednesday.

'We would like to specifically recognize the commitment and blood and treasure that the United States has shown since 2001 as our key ally. The South Asia strategy of President Trump has been a game changer allowing us to focus in earnest on self-reliance, reforms and peace because it is a condition-based strategy', Ghani said.

The two-day Ministerial Conference on Afghanistan began in the Swiss city of Geneva on Tuesday. On Wednesday, the key consultations as part of the event are being held.

© AFP 2020 / NOORULLAH SHIRZADA / POOL
Daesh Went Underground in Afghanistan, Has Fewer Than 10,000 Fighters - Official
Last August, Trump unveiled his new strategy for Afghanistan and South Asia. Among the changes provided in the document were the increase of the number of the US troops on the ground and the lifting of restrictions on the US forces attacking Taliban* militants and other terrorist formations in Afghanistan which had been previously imposed by the administration of former US President Barack Obama.

Addressing the situation in the country, John Sopko, head of the Special Inspector General on Afghanistan Reconstruction (SIGAR), stated that 'after 17 years of US and coalition effort and financial largesse, Afghanistan remains one of the poorest, least educated and most corrupt countries in the world'.

According to SIGAR, earlier this year Afghan authorities controlled or influenced a mere 55.5 percent of the country, which was the lowest figure since the government oversight authority began keeping tabs on it in November 2015.

Daesh Went Underground in Afghanistan, Has Fewer Than 10,000 Fighters - Official