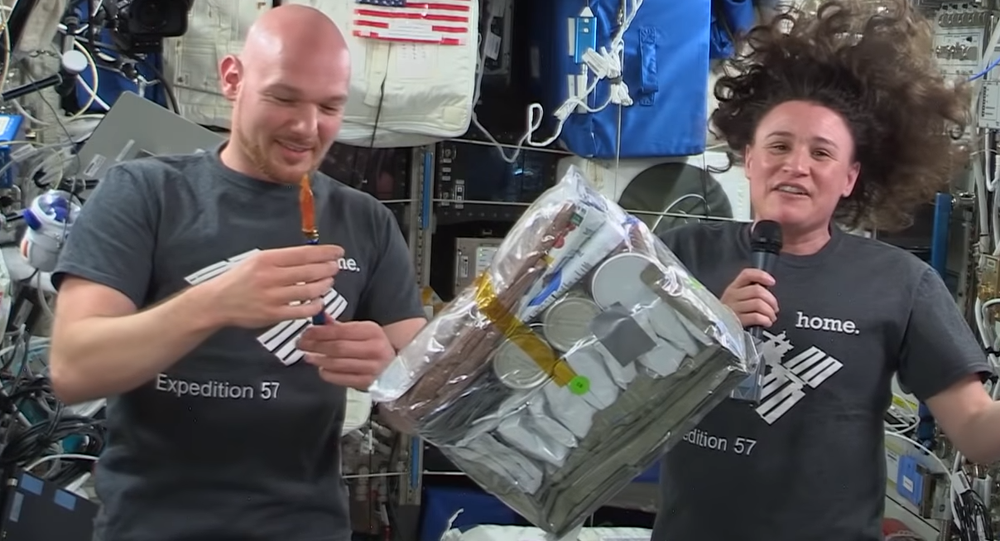 Astronauts Alexander Gerst of European Space Agency (ESA) and Serena Auñón-Chancellor of The National Aeronautics and Space Administration (NASA) wished happy Thanksgiving in a video message released on Youtube and revealed that they are having a Thanksgiving dinner with their Russian counterpart, the commander of Soyuz MS-09, Sergei Prokopyev, aboard the International Space Station Thursday night, the crew members said.

The crew also revealed that they will be enjoying traditional holiday meals, including turkey, stuffing, candied yams, and special spicy pound cakes.

Serena Auñón-Chancellor stated that the astronauts were very excited about the holiday dinner. She also stressed that Thanksgiving is a family holiday noting that the crew members will be calling their family members that wait at home on planet Earth.

From Collider to ISS: Nobel Winner Samuel Chao Chung Ting on His Experiments

Current ISS Crew Could Return Back to Earth in December - Source