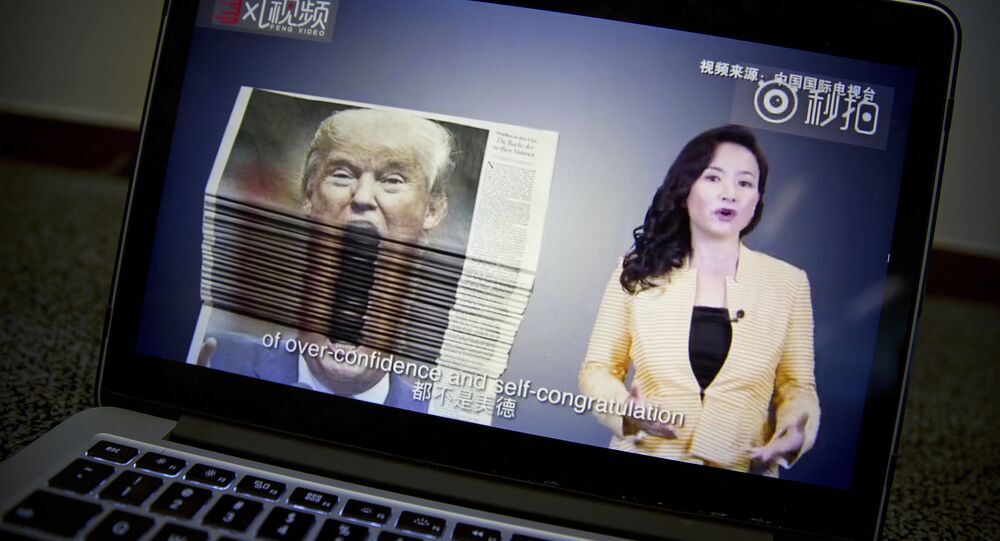 BEIJING (Sputnik) - China’s Commerce Ministry has rejected as unacceptable the latest report by the top US trade official accusing it of attempts to steal US intellectual property and technology.

The Tuesday's report by US trade representative Robert Lighthizer updated the ongoing "Section 301" investigation into what Washington claims to be China’s unfair trade practices.

"China finds it unacceptable … We hope the US side puts an end to claims and actions that undermine bilateral trade relations and takes a more constructive approach," the ministry’s spokesman, Gao Feng, said Thursday.

© AP Photo / Ted S. Warren
US Trade Rep Says China Has Not Altered Its Trade, Market-Distorting Practices'
The United States has accused China of stepping up cyberattacks on US firms involved in high-end technology sectors this fall as their leaders prepare to discuss trade at the G20 summit in November.

China’s alleged attempts to steal US commercial secrets prompted President Donald Trump to hike tariffs on billions of Chinese imports in summer. Beijing has denied the claims and responded by raising duties on some US goods. The trade row has not been resolved until now, with the talks on the issue still going on.

Though lately Trump and Xi agreed to 'strengthen economic exchanges', one of President Trump's top economic advisers, Kevin Hasset, has recently suggested that Washington's aim is to have China evicted from the World Trade Organisation.

US Trade Rep Says China Has Not Altered Its Trade, Market-Distorting Practices'