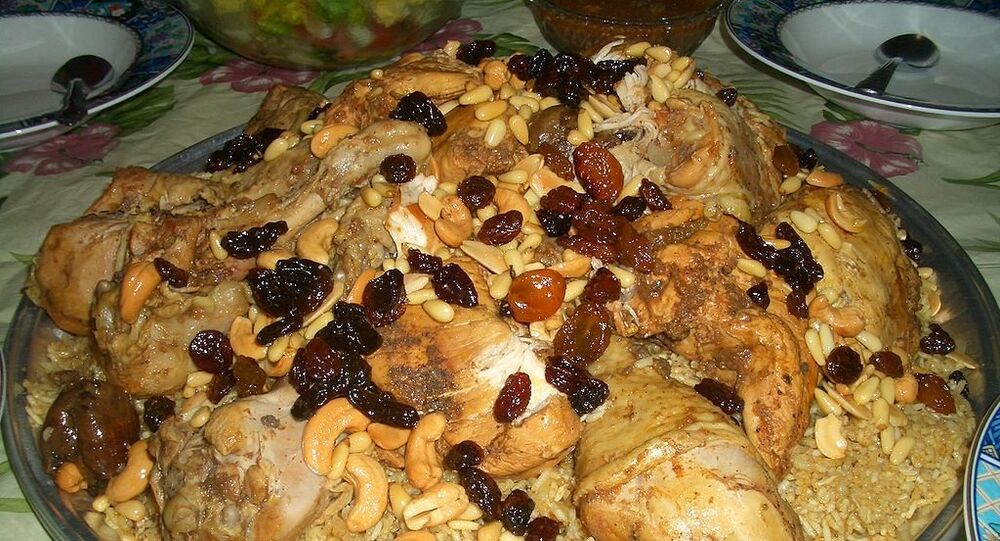 The woman’s culinary delights weren’t reportedly revealed until her long-time boyfriend vanished into thin air and his suspicious brother subsequently spotted a tooth stuck in her blender.

A Moroccan woman has been arrested on suspicion of killing her partner in the United Arab Emirates, then cooking him and serving the remains in a traditional rice and meat dish known as machboos, according to the Abu Dhabi newspaper The National.

The woman, whose identity has not been specified in light of an ongoing investigation, is assumed to have craved revenge because her boyfriend, who took money from her over the course of their 7-year-long relationship, announced plans to leave her for another woman.

Although the incident happened three months ago, according to prosecutors, she wasn’t arrested until a tooth was found in a blender at the woman’s home, which a DNA test found to be linked to the victim.

Mental note: Don't fuck around with no Moroccan woman…

Never date a Moroccan woman if you don't intend to marry her pic.twitter.com/PTwfZywNXB

She is said to have admitted to authorities that she had disposed of the body with a friend’s assistance, putting aside some of the dead man’s flesh to mince in a blender. The woman claimed she afterwards cooked the minced meat and served it to nearby Pakistani workers, the newspaper report has it.

Time of Horror is Upon Us: Top 10 Scary Movies of All Time