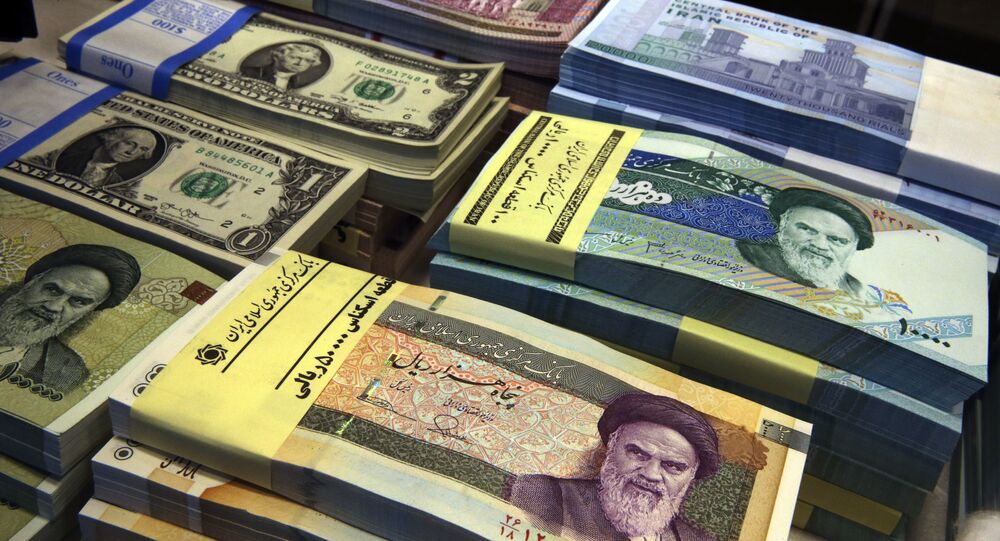 "These sanctions against individuals and legal entities are irrational and ineffective and will not bring the desired results to their authors and performers. Sooner or later they will realize that [the sanctions] do not bear fruit," Qassemi said, adding that the new US sanctions against Iranian and foreign companies had been introduced under empty pretexts.

The statement comes a day after the US Department of the Treasury imposed restrictions targeting an international network it accused of sending oil to Syria. The reason for the restrictive measures was alleged secret supplies of Iranian oil to Damascus with the "assistance" of the Russian side. The sanction list included Global Vision Group, Prommsyrioimport and MB Bank — and one Iranian company Tadbir Kish Medical and Pharmaceutical Co., as well as several Russian and Iranian officials.

© AP Photo / Sepahnews via AP
Moscow Can't Confirm Russia Asked to Lift Iran Sanctions in Exchange for Pullout From Syria
Washington also blamed the Central Bank of Iran of "exploitation of the international financial system" and "use a company whose name suggests a trade in humanitarian goods as a tool to facilitate financial transfers supporting this oil scheme".

In its turn, Moscow has slammed the new sanctions, saying that they were "increasingly becoming a routine."