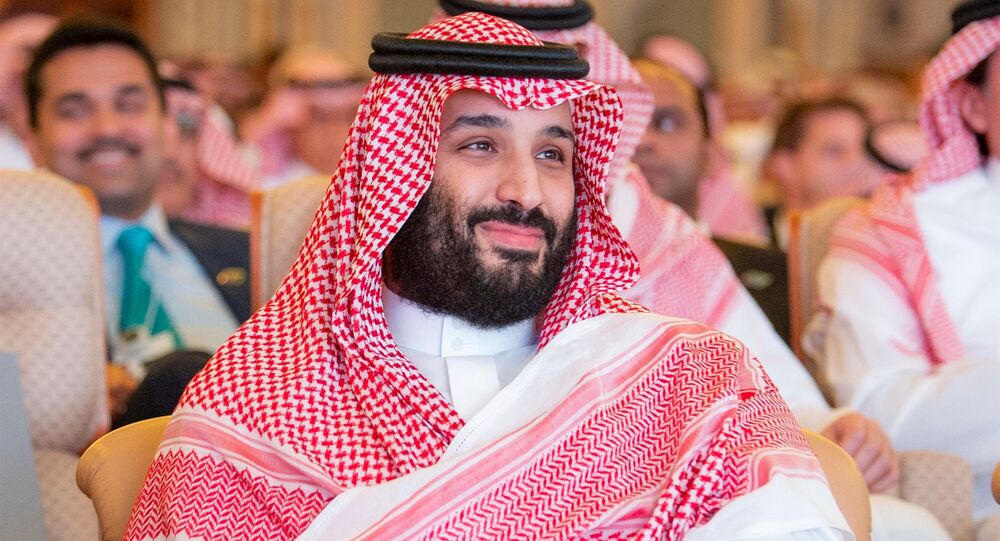 Earlier, the US president claimed that the Saudi crown prince said in telephone talks that Riyadh had nothing to do with the murder of Jamal Khashoggi. Saudi Arabia later stated on multiple occasions that the royal family did not order Khashoggi's killing.

US President Donald Trump said that the Saudi crown prince "could very well" have had knowledge about the murder of Jamal Khashoggi. At the same time, Trump confirmed that the US intends to remain a "steadfast partner" of Saudi Arabia in order to ensure the interests of Washington and its allies in teh region.

"It could very well be that the Crown Prince had knowledge of this tragic event — maybe he did and maybe he didn't! We may never know all of the facts surrounding the murder of Mr Jamal Khashoggi," Trump said.

Trump stressed that US intelligence agencies were still continuing to assess all information relating to the murder of the Saudi journalist.

He added that at the moment, the US would not be undertaking any punitive measures against the kingdom over the Khashoggi case. The US president noted, though, that he would be ready to consider proposals by Congress in regards to Saudi Arabia if they are consistent with "absolute security and safety of America."

"I understand there are members of Congress who, for political or other reasons, would like to go in a different direction — and they are free to do so," Trump said.

The US president also reiterated his earlier statement that cancelling arms export contracts with Riyadh would only benefit Russia and China. He noted that after his "heavily negotiated trip" to Saudi Arabia, the latter had agreed to invest some $450 billion in the US economy.

"If we foolishly cancel these contracts, Russia and China would be the enormous beneficiaries," he said.

Previously, a bipartisan group of US senators suggested freezing arms supplies to Saudi Arabia under previously signed contracts over the Khashoggi scandal. Trump didn't support the idea, claiming that if the US halts its arms supplies, Riyadh would start buying weapons from Russia and China instead.

Trump insisted that weapons sales to the kingdom would create hundreds of thousands of jobs in the US, but a recent report by the think-tank Centre for International Policy suggests that the number would be much lower.

Saudi journalist Jamal Khashoggi, who was a resident of the US, was murdered in the Saudi Consulate in Istanbul on October 2. Riyadh has firmly denied accusations of its involvement in the killing and has insisted on multiple occasions that the royal family had nothing to do with his assassination.

Saudi Arabia assured that the killing was a "rogue operation" and announced that 21 individuals have been arrested in relation to the case, 11 of whom have already been charged. Saudi prosecutors announced that five of those arrested face death sentences for their crimes.