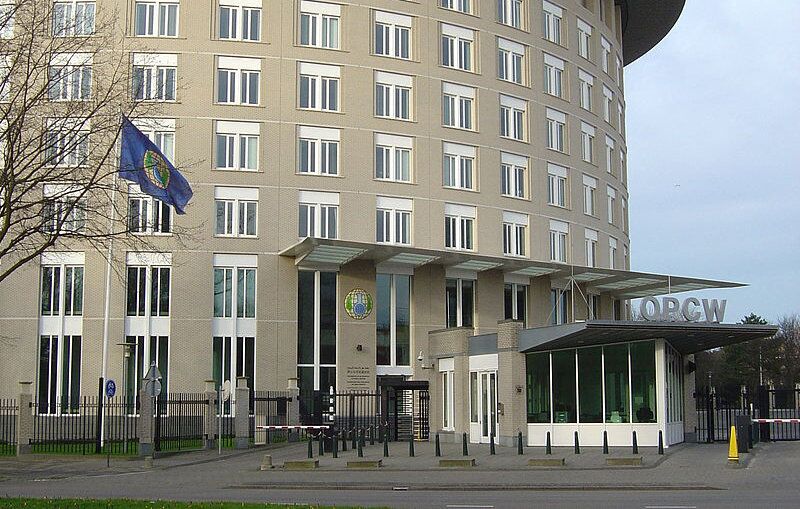 THE HAGUE (Sputnik) - The Conference of the States Parties to the Chemical Weapons Convention approved on Tuesday the Organisation for the Prohibition of Chemical Weapons (OPCW) budget for 2019 paving the way for the global chemical weapons watchdog to gain additional powers to assign responsibility for chemical attacks.

A total of 99 member countries supported the draft document while only 27 members, including Russia, voted against it.

Commenting on the budget, head of the Russian delegation at the conference Deputy Trade Minister Georgy Kalamanov stated that Moscow would draw conclusions from the vote, adding, however, that it was too early to talk about Russia's withdrawal from the OPCW.

"Such a decision will lead to an increase in the organization’s budget by [$] 2.4 million. As we have already said, these are the funds that the Secretariat plans to allocate for attribution, for the creation of a mechanism, for recruitment. Russia and countries that support our position disagree with the decision. Now it is necessary to think about how this organization will develop further," Kalamanov said.

© REUTERS / Murad Sezer
OPCW Votes Against Russian-Chinese Proposal to Limit Power of Chemical Weapons Watchdog
Earlier in the day, the organisation rejected a motion, proposed by Russia and China that intended to establish a special group in order to investigate broadening of powers of the organisation. 30 countries voted for it, 82 voted against, while 31 more abstained, and 10 delegations left the site of the vote.

The proposal was a response to the expansion of the OPCW mandate, which was demanded by the UK and needed in order to create an investigative commission with the power to assign blame for chemical weapons use. Russia and China rejected the motion, stressing that only the UN Security Council is eligible to make such judgments.

Commenting on the situation, Syrian Deputy Foreign Minister Faisal Mekdad has assured OPCW Director-General Fernando Arias that the Syrian authorities would continue cooperation with the organisation.

"Mikdad congratulated Arias on the trust he gained from the OPCW member countries… and stressed Syria’s readiness to continue to cooperate with him in the realization of common goals through the fulfilment of the CWC provisions," the ministry said in a statement, adding that the country had eliminated its chemical weapons at own will in a relatively short time under extremely difficult conditions.

In addition, Syria’s Foreign Ministry urged earlier the UN to investigate the use by the US-led coalition of internationally banned white phosphorus in its recent bombing of the southeastern Syrian town of Hajin.