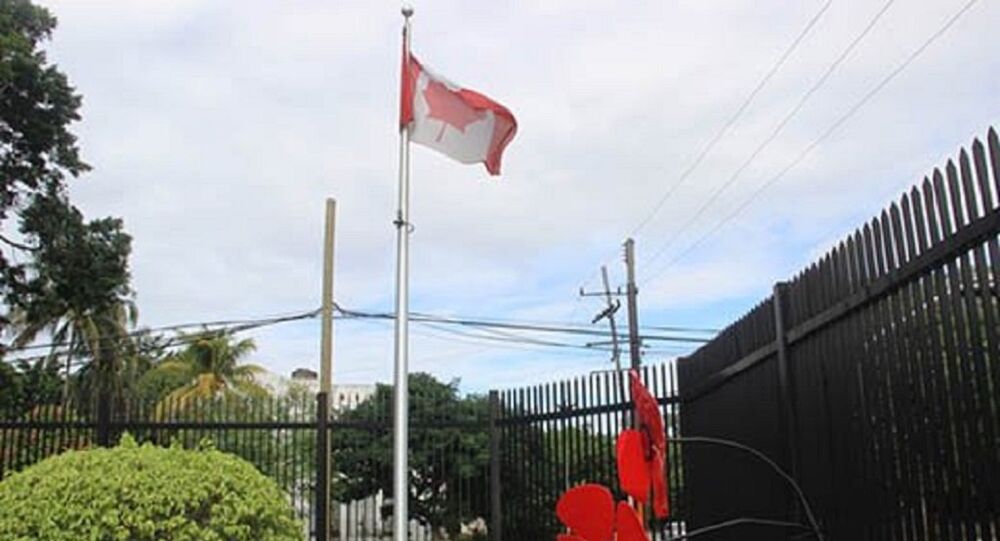 An anonymous interview with The Globe and Mail has shed light not only on how employees at the Canadian Embassy in Havana first started experiencing dizziness, headaches and other strange symptoms, but also how their government treated them after bringing them back to their country.

Canadian diplomats and their families who were recalled back Ottawa after a dozen of them suffered from strange symptoms while working in Cuba feel "abandoned" by their government, as not only is it keeping silent, but it is also reluctant to help them recover, The Globe and Mail reported, citing diplomats on condition of anonymity. According to the diplomats, they were surprised to see how little Ottawa had raised the issue, whereas in the US, a similar case was publically discussed.

One of the diplomats said that they feel not only abandoned, but "sacrificed" by their own government. The diplomat claimed that the main reason as to why Ottawa has remained silent is its unwillingness to spoil relations with Havana, as it could help Canada secure a rotating seat at the UN Security Council.

Furthermore, the diplomats claimed that the state had offered them little support in treating the brain traumas that they suffered in Cuba. Several of them said that they had already spent between $10,000 and $15,000 out of their own pockets and that the government had only given promises that it would refund all the expenses, but had thus far done nothing.

Diplomats at the Canadian Embassy in Cuba started experiencing strange symptoms in the spring of 2017, several months after a similar case at the US Embassy in Havana. Those affected suffered from dizziness, headaches, nosebleeds, ringing in their ears and mental impairment, mostly at night.

It took some time for them to convince the authorities that something was wrong. Multiple tests and scans revealed that the victims of the so-called "Havana syndrome" had suffered brain damage similar to a concussion, but without experiencing any physical trauma. The cause remains unknown.