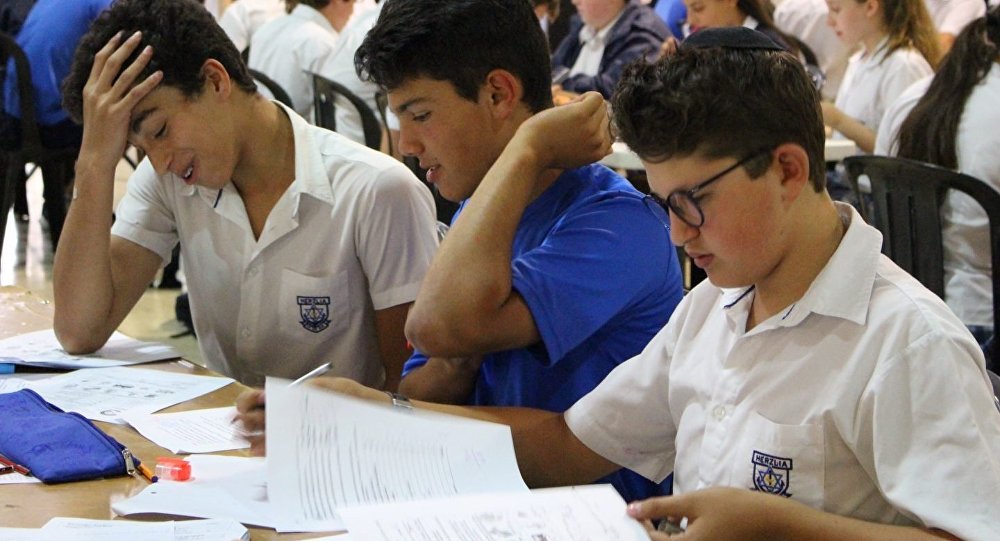 The school’s director of education insisted that both students are "Zionist in essence", and that the "consequences" of the actions meted out by the administration were "highly educational and not punitive".

Two Jewish ninth grade students at the United Herzlia Middle School in Cape Town knelt during the playing of the Israeli national anthem during an award ceremony, apparently adopting the form of protest currently known as ‘taking a knee’ to express their solidarity with Palestinians.

"The boys’ inappropriate kneeling action demonstrated a deliberate and flagrant disregard for the ethos of the school," United Herzlia director of education Geoff Cohen said in a letter to the students’ parents, cited by The Jerusalem Post, claiming that the boys have allegedly embarrassed the school and those who were present during the ceremony.

© REUTERS / Ahmed Zakot
Gaza Violence Part of ‘Collective Punishment' for Palestinians - Activist
As Cohen told the newspaper, both students are “Zionist in essence” who merely had concerns about the current Israeli government and its policy towards Palestinians.

He also insisted that while the pupils were “entitled to their opinions”, the school encourages them to take part in “protests and debate but not to publicly embarrass the school in front of their peers, teachers and dignitaries who were present”.

"We encourage kids to protests and debate but not to publicly embarrass the school in front of their peers, teachers and dignitaries who were present," Cohen said. "We are a proudly Zionist school. The forum that they chose to protest in our opinion was embarrassing for us and for many people there. There are many forums within the school to express opinions and points of view, but this was not the right one."

He added that the "consequences" the boys received for their actions were "highly educational and not punitive", though he opted not to elaborate any further.