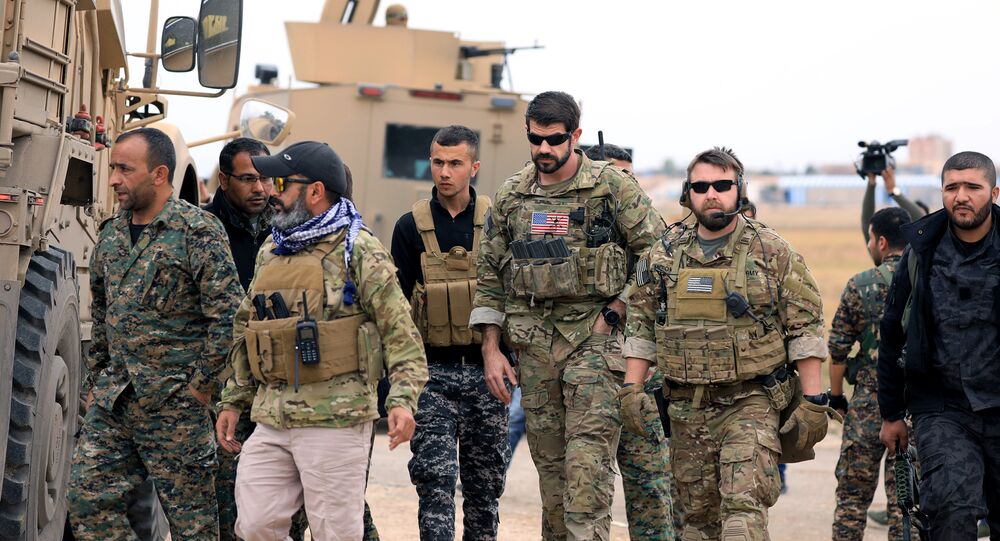 MOSCOW (Sputnik) - The German government should set up a mechanism to track the use of financial aid it sends to Syria to ensure that the money goes to people in need and does not end up in the hands of terrorists, Bundestag members from the Alternative for Germany (AfD) party told Sputnik.

"[AfD] strongly advocates that the German Government should develop and implement mechanisms to track the financial assistance it has provided in order to ensure that the financial aid really gets to people in need. In addition, the German Government should strive for the long-term solution to the Syrian crisis and take a seat at the negotiating table with the existing Syrian government," Waldemar Herdt, a Bundestag foreign affairs committee member from the AfD party, said.

According to Herdt, Berlin disregards the fact that those who aspire to be a leading charitable force must ensure that "the assistance actually arrives where it is needed," otherwise such help constitutes an act of negligence.

"Sending financial aid to a region that is controlled primarily by rebels, without regular state institutions is not only naive, but almost bordering on negligence," he added.

Herdt also reiterated that his party pushed for "a more practical approach by establishing contact with existing local institutions" and working together to find political solutions.

"The German government needs to stop all funding for terrorist groups immediately. We welcome inquiries like the one by Evrim Sommer [from Die Linke party], and will also try and expose terror funding by Germany and the EU, from Gaza to Syria and Iran. And Germany needs to start working with all partners, including Russia, and form a worldwide coalition to fight jihadi terrorism," Bystron said.

According to the spokesman, AfD is so far the only party in Germany that has met with the Syrian government to discuss ways to bring peace to the country, while the government, despite the fact that it had finally accepted Damascus as a negotiating partner "after years of refusing to even speak" to President Bashar Assad's government, "continues to support radical jihadi rebels."

He recalled that Assad's government was the only legitimate political power in the country and "only protection" for religious minorities in the country such as Christians, Jews, Alawites, Yazidis and Druzes.

© REUTERS / Ammar Abdullah
German Party Questions Gov't Funding of Groups in Idlib, Syria
Support for illegal armed groups therefore only threatens to extend the war and the suffering of the civilian population, Bystron warned, adding that the current controversy around money sent to the rebel-held Idlib was another piece of evidence that "the current German government does not understand the world very well."

The AfD party's representatives comments come after Germany's Der Tagesspiegel newspaper reported on October 30 that Berlin had spent 48.8 million euros ($55 million) on financing opposition rebel groups in the Idlib province, which is the last remaining stronghold of militants in Syria. In a written response to Die Linke, seen by the media outlet, Foreign Ministry official Walter Lindner said that the money went to "civil actors opposing extremist influences in the Idlib region."

No Progress on Syria Expected From Upcoming Normandy Talks - Berlin