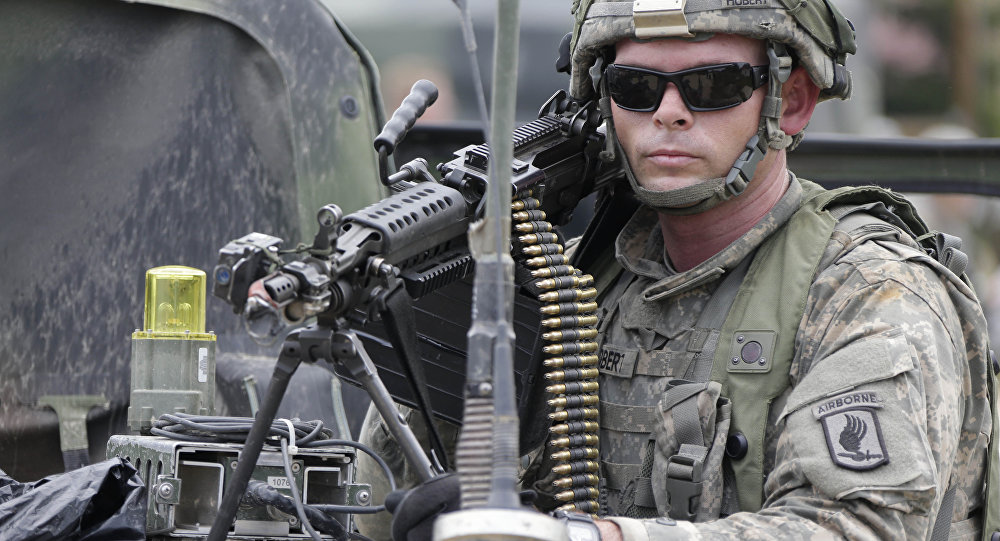 WASHINGTON (Sputnik) - The United States has lost its military advantage to such a degree that it could potentially lose a future war with Russia or China, a new report to the US Congress warned on Wednesday.

"The US military could suffer unacceptably high casualties and loss of major capital assets in its next conflict. It might struggle to win, or perhaps lose, a war against China or Russia," said the report prepared by the National Defence Strategy Commission, a bipartisan panel of experts created by Congress.

The commission warned that if the United States did not act swiftly to remedy the situation, the consequences would be "grave and lasting."

The report warned of the increasing threat from not only major powers such as Russia and China, but also other countries such as Iran and North Korea.

In addition, the US faces an intensifying threat from transnational terrorist organizations, particularly radical jihadist groups.

"Around the world, the proliferation of advanced technology is allowing more actors to contest US military power in more threatening ways,” the report said.

© Sputnik / Vladimir Trefilov
Russia's De-Dollarisation Goes Full Throttle, US Can't Help But Notice It
The commission endorsed the National Defense Strategy (NDS) submitted by President Donald Trump's administration in January 2018, which has sought to revamp the US military to counter growing threats from Russia and China. But the report also warned that the United States is not moving quickly enough or investing enough money to put Trump's strategy into practice.

© CC0
US Accuses Moscow of 'Aggression' After Flying Spy Plane Near Russia's Borders in Black Sea
The 12-member National Defense Strategy Commission was created by Congress through the National Defense Authorization Act for Fiscal Year 2017. The commission, chaired by former Under Secretary of Defense for Policy Eric Edelman and former US Chief of Naval Operations Gary Roughead, is charged with reviewing the current national defence strategy to assess any potential risks.

The body is tasked with making its recommendations to the president, secretary of defence and Congress. The report was submitted to Congress on Tuesday and made available to the public on Wednesday.