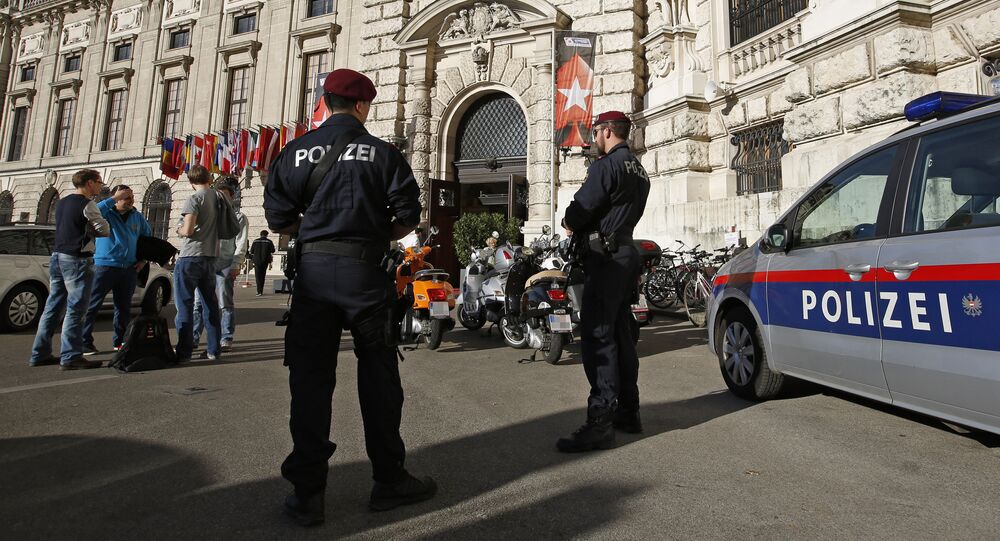 The report comes on the heels of espionage allegations against Russia as Austria has accused one of its retired colonels of spying for Moscow for some 20 years. Moscow has blasted Vienna’s way of handing the scandal, saying that the “unfounded accusations” were unacceptable.

Austrian newspaper Kleine Zeitung reported, citing an unnamed high-ranking officer, that British intelligence services could have tipped off Vienna about a retired army colonel suspected of spying for Russia.

As the newspaper notes, London could have deliberately passed this information to the Austrian government in order to distance it from Moscow, since Vienna has chosen a somewhat soft approach to the Kremlin.

© Sputnik / Vladimir Astapkovich
Austria Ditches Traditional Diplomacy for 'Megaphone' With Spy Allegations - Lavrov
According to Kleine Zeitung, Austria stood as a “Russia understander” and refused to join in the mass expulsion of Russian diplomats by its Western allies following the alleged poisoning attack on ex-GRU colonel Sergei Skripal in the UK.

Neither the Austrian, nor British governments have commented on the report so far.

Austrian Chancellor Sebastian Kurz announced on 9 November that they had launched an investigation into allegations that a 70-year-old retired colonel had been spying for Russia for the last two decades.

“We have to inform you that Austria suspects that a retired colonel of the Austrian Armed Forces has worked with the Russian intelligence service for many years. According to our information, it began in the 1990s and lasted until 2018,” he told reporters.

Kurz went on to say that he would discuss further actions with his European partners if the suspicions prove to be true, and called on Russia to provide “transparent” information on the case.

© AFP 2020 / JOE KLAMAR
Austrian Authorities Suspect There is Another Spy Working for Russia - Report
In light of the accusations, Austrian Foreign Minister Karin Kneissl cancelled her scheduled visit to Moscow.

He also called the unfounded accusations of espionage “unacceptable” in talks with Kneissl.

Following Kurz’s statement, Austrian Ambassador to Russia Johannes Eigner was summoned to the Russian Foreign Ministry for an explanation.

At the same time, Austrian President Alexander Van der Bellen urged not to dramatise the situation, adding that investigators must determine whether the colonel actually spied for Moscow and what kind of information he had access to.

"This speculation must be investigated first. We will see if there is more to it than, so to speak, a made-up story, and only then – take relevant steps."