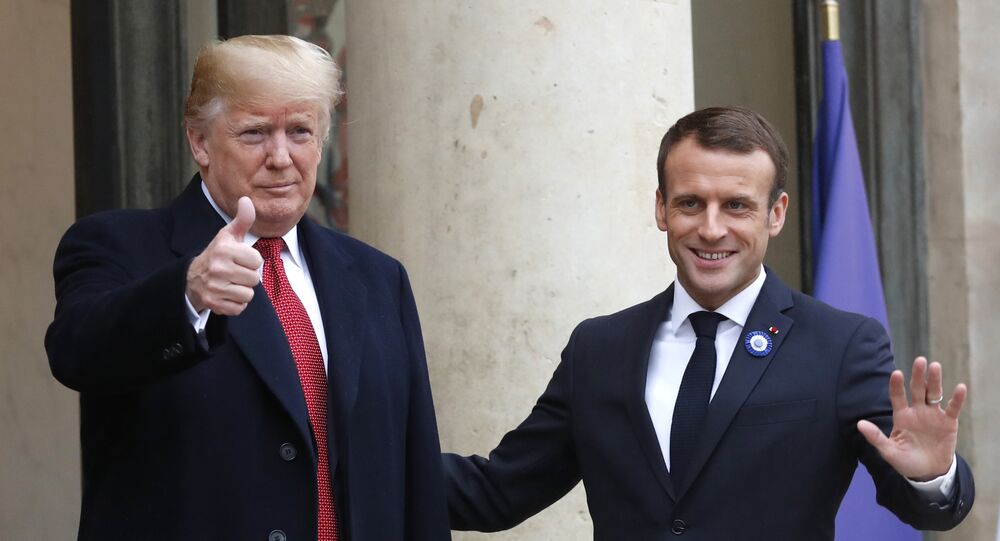 Last spring Donald Trump confessed that his relationship with Emmanuel Macron, who became the first foreign leader to make a state visit to the United States under 45, was indeed special. Today, the presidential bromance is back in the spotlight amid Trump’s visit to Paris and his somewhat angry tweet directed at the French president.

Donald Trump arrived in Paris on Friday to commemorate the centennial anniversary of the armistice that ended World War I – and to hold bilateral talks with his French counterpart Emmanuel Macron, who will be the only foreign leader POTUS will officially meet during his weekend visit.

But upon his landing in Paris, Donald Trump took to the virtual space, as is his wont, to express his indignation over Macron’s earlier comments on the need to build a “true European army” that would potentially protect the continent from Russia, China, and even the United States.

And in the wake of recent remarks by both presidents, social media users suggested that the special bond between the two has been facing new challenges, and has even come to an end – no more brushing dandruff off, engaging in never-ending knuckle-whitening handshakes and cheek smooching:

But But… I thought they were BFF's? 💔💔💔 pic.twitter.com/YpV1AqQVdR

But I thought they were besties! 😱

Trump is fighting with Macron? The bromance didn't last at all

How sad that your bromance is over 😢. Pres. Macron was your last best chance for a positive relationship with any respected world leader. Put the prom dress away, you’re not being invited anywhere soon. pic.twitter.com/UyIzhrM9TR

The developments came shortly after Macron’s interview with Europe 1 radio, in which he addressed Trump’s recent announcement that Washington would pull out from the 1987 Intermediate-Range Nuclear Forces (INF) Treaty over Russia’s alleged violations of the accord.

“We will not protect the Europeans unless we decide to have a true European army,” Macron said, adding that the “main victim” of the US exit would be Europe and its security.