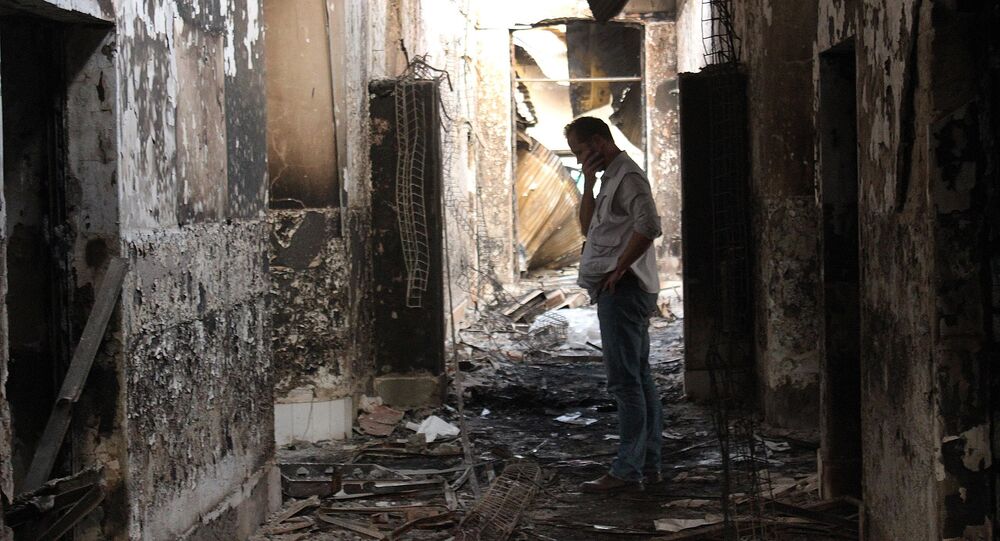 The United States declared its "war on terror" in 2001, after nearly 3,000 people were killed and about 6,000 more injured in the 9/11 terrorist attacks on New York and Washington staged by al-Qaeda.

The US "war on terror" has already claimed the lives of almost half a million people in Iraq, Afghanistan and Pakistan, according to a study released by Brown University's Watson Institute for International and Public Affairs in Providence, Rhode Island.

While putting the death toll at between 480,000 and 507,000, the Costs of War report noted that the actual number of those killed in this 'war' could be higher. They include deaths among insurgents, local police, security forces, civilians as well as US and allied troops.

READ MORE: 'US is not Fighting Honest War on Terror in Any Way, Shape, Form' — Scholar

Brown University said in a statement that the death toll "is a more than 110,000 increase over the last count, issued just two years ago in August 2016."

"Though the war on terror is often overlooked by the American public, press and lawmakers, the increased body count signals that, far from diminishing, this war remains intense," the statement pointed out.

The survey's author Neta Crawford, for her part, said that she does not rule out that many of those reported by US and local forces as militants may have been civilians.

READ MORE: Pakistan Slams US Aid Cuts: 'It Was Our Money' for Losses in War on Terror

"We may never know the total direct death toll in these wars. For example, tens of thousands of civilians may have died in retaking Mosul and other cities from ISIS (Daesh*) but their bodies have likely not been recovered," she said.

The civilian death toll stands at up to 204,575 in Iraq, as well as 38,480 and 23,372 in Afghanistan and Pakistan, respectively. All those who have died indirectly as a result of war, including due to a loss of infrastructure or disease, have not been included in the tally.

About 2,996 people were killed and more than 6,000 others injured in the attacks, which were followed by then-US President George W. Bush declaring "war on terror" on September 16.