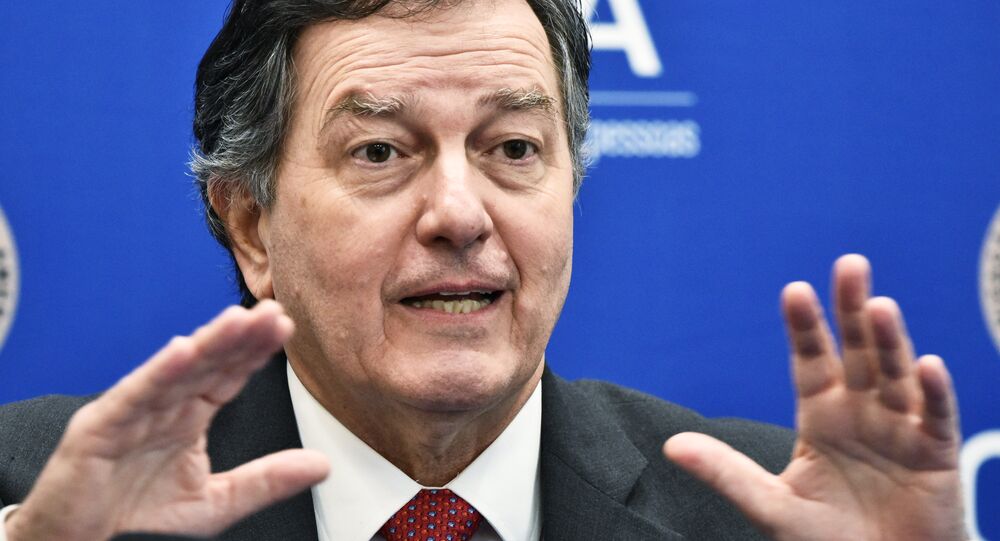 Three and a half hours after takeoff, an incident transpired on board, prompting the aircraft to make an emergency landing in Melbourne. The reasons behind the incident are not yet known. No injuries have been reported.

The Qantas Airlines plane, with Chilean Foreign Minister Roberto Ampuero on board, made an emergency landing in Australia on Tuesday, BioBio radio reports.

The situation has not yet been fully clarified, although it is known that incident that prompted the emergency landing occurred three and a half hours after takeoff. The minister, passengers and crew are reportedly safe and sound.

As the Ministry of Foreign Affairs explained to Sputnik, Ampuero, after having participated in Chile Week in China, took a plane on November 5 to Sydney to make a stopover before flying to Santiago.

The minister planned to arrive in Santiago on November 6, but now he must wait for an upcoming flight and probably can not arrive during this same day, since the trip between both countries exceeds 12 hours.