NEW DELHI (Sputnik) - India welcomes the US decision to grant it a waiver from the anti-Iranian sanctions following intense six-month negotiations, a source from the Indian Foreign Ministry told Sputnik.

"Of course, we welcome these developments. This [decision] has become a result of our tough negotiations with US officials over the last six months. During these negotiations we put across our vision of this situation. We told them that India is an energy reliant country and an abrupt reduction of oil imports from Iran will affect our economy. The US side said they understand these concerns and it is not in their interest to damage Indian economy," the source said.

READ MORE: India May Pay for Iranian Oil in Rupees Amid US Sanctions on Tehran — Reports

On Monday, the United States exempted India, together with seven other oil-importing nations, from its new sanctions targeting Iran's energy sector. 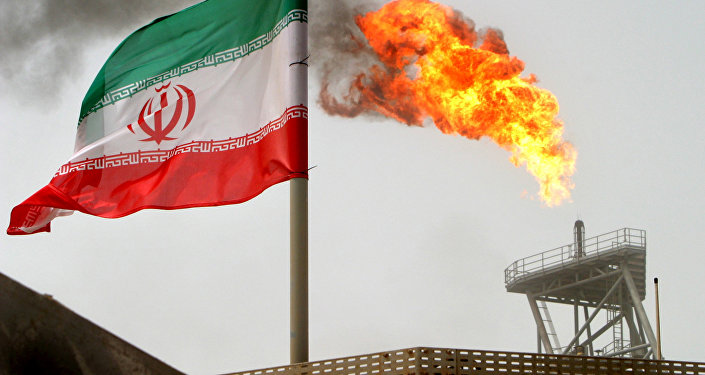 © REUTERS / Raheb Homavandi
India May Pay for Iranian Oil in Rupees Amid US Sanctions on Tehran – Reports
India would be able to import around 1.25 million tonnes of oil per month until March 2019, which is consistent with the country's oil purchases in October and November and will mark a significant reduction compared to India's initial plans.

Earlier, India informed the US that the abrupt suspension of crude imports from Iran would lead to a spike in gasoline prices in the country.

India has been reluctant to cut oil imports from Iran because Tehran is New Delhi's second-largest oil supplier behind Iraq.