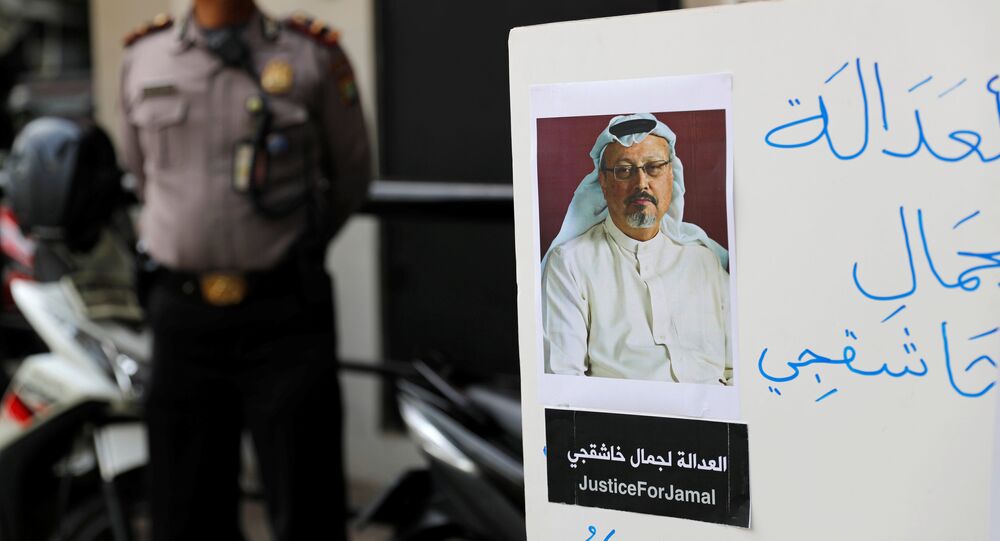 Addressing the issue, US Secretary of State Mike Pompeo said earlier that Washington would "work to hold accountable those responsible for the killing of Jamal Khashoggi," adding that global sanctions could be applied against some individuals involved in the assassination.

A US representative told the UN Human Rights Council that Washington condemned the "premeditated killing" of Saudi journalist Jamal Khashoggi. Ambassadors from Australia, Belgium, Canada, and Italy joined others also called for a credible and thorough investigation into the matter.

In the meantime, Bandar Al Aiban, the head of the Saudi delegation, stated that King Salman had instructed the Saudi public prosecutor to proceed with the investigation to punish those responsible for the killing of Khashoggi.

“The kingdom has spared no effort in combating and criminalizing criminal conduct that could undermine, threaten or violate human rights, notably extremism, terrorism and corruption, and illustrating the contradiction between these acts and the principles of Islamic sharia,” he said.

Earlier on Monday, the sons of the slain journalist demanded the return of his body, adding that they wanted to go to Saudi Arabia to bury him.

At the Universal Period Review of Saudi Arabia, UK recommends: comprehensive & transparent investigations into the murder of Jamal Khashoggi; restrictions on use of Special Criminal Court; and strengthened legal protection for migrant workers. #UPR31 pic.twitter.com/a6aiZFTjip

© AP Photo / Emrah Gurel
‘Khashoggi Factor’: Wall Street Still in Love With Riyadh After Grisly Murder
Khashoggi, a Saudi citizen and resident of the US, disappeared on October 2 after entering the Saudi Consulate in Istanbul, Turkey. Following more than two weeks of denial, Saudi Arabia admitted that the journalist had been killed in a brawl inside the consulate. According to Riyadh, 18 people have been arrested over their involvement in the incident. Turkey is conducting a separate investigation into the assassination.
...
Reddit
Google+
Blogger
Pinterest
StumbleUpon
Telegram
WhatsApp
101