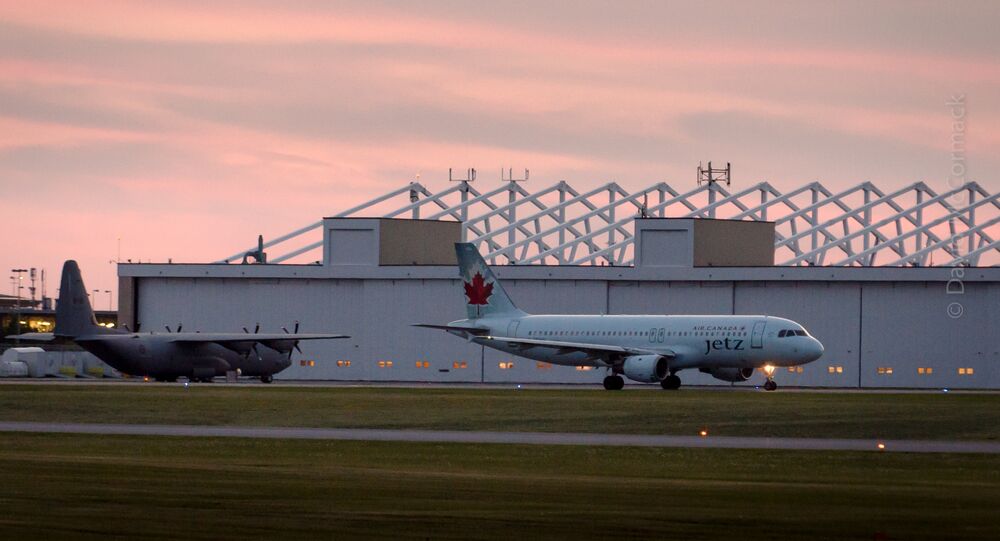 According to Ottawa police, a mid-air collision involving two aircraft occurred over the city of Carp, located 30 kilometers west of the Canadian capital.

A smaller plane crashed into a field, while the larger one was redirected to the Ottawa International Airport, the police reported Sunday, adding later that both planes involved in the incident were light aircraft.

The airport of Ottawa confirmed that the plane had landed safely, while CTV reported, citing witnesses, that the aircraft was carrying a father and his son.

Hearing possibly of a two planes collision out by carp one crashed on McGee side road and other involved being rerouted to land at OTTAWA airport Ottawa police,fire and ambulance are on scene on McGee side road Opp was called to assist but has been cleared while on scene

The CTV also reported, citing paramedics, that the pilot of the crashed plane, who was an 82-years-old and a recreational pilot, died due to the collision.