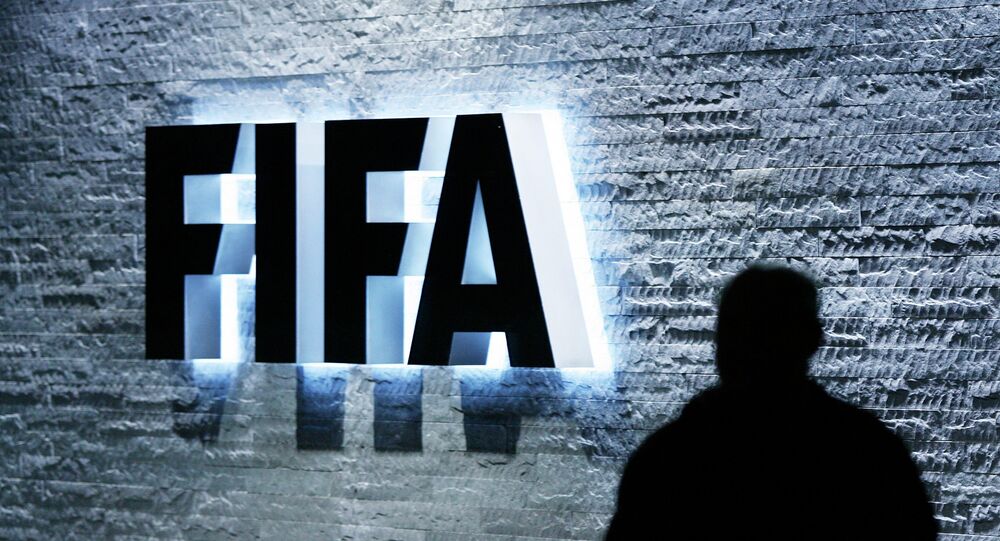 MOSCOW (Sputnik) - Manchester City Football Club has dismissed allegations that it violated the rules of FIFA fair play and evaded expulsion from the UEFA Champions League by colluding with FIFA President Gianni Infantino.

"We will not be providing any comment on out of context materials purportedly hacked or stolen from City Football Group and Manchester City personnel and associated people … The attempt to damage the club's reputation is organized and clear," Manchester City told the Sky Sports broadcaster.

© AP Photo
FIFA Accuses Former Officials Tried for Corruption of Attempts to Discredit Organization
On Friday, the magazine Der Spiegel reported, citing the whistleblower Football Leaks, that many leaked internal emails and documents indicated Infantino had allegedly held several secret meetings with the leadership of the Paris Saint-Germain and Manchester City football clubs while heas in charge at UEFA in order to help them reach settlements over violating FIFA's financial fair play rules.

Both FIFA and Infantino have refuted the allegations and said that the reports were an attempt by former officials from the organization, tried for corruption, to damage its reputation and undermine ongoing reforms.

UEFA Financial Fair Play Regulations envisage that a football club should not spend more money on operations than it earns. The rules are aimed at securing fair competition on the market and mitigating the risks of bankruptcy.

It's Arc Weekend in Paris, and Liverpool v Man City, but Who's Going to Win?