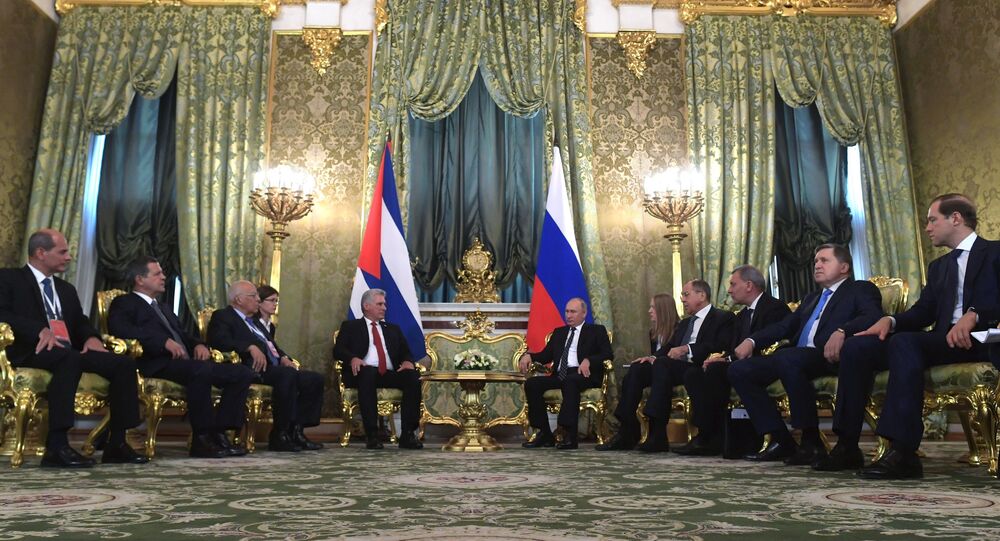 Cuban President Miguel Diaz-Canel began his official visit to Russia on Friday by holding talks with Russian President Vladimir Putin and the speakers of both houses of the Russian parliament.

The Russian president and his Cuban counterpart have held a joint press conference following a ceremony for the signing of joint agreements on Strategic partnership between the two countries.

In a joint statement, both leaders condemned the use of unilateral, unsubstantiated sanctions as a destabilizing factor in foreign policy.

"Russia and Cuba have always advocated in favor of strict observance of the key principles of international law enshrined in the UN Charter, including respect for sovereignty and the interests of all states, the inadmissibility of coercive pressure, the use of unilateral sanctions and interference in internal affairs," Putin said.

Addressing relations with Havana, Vladimir Putin noted that Russia had offered Cuba assistance in improving its transport infrastructure, which would triple passenger traffic and double cargo traffic. He added that a Global Navigation Satellite System (Glonass) ground station would be set up in Cuba. Putin also mentioned that the restoration of the Cuban Capitol building would be finalized by Russian companies in 2019.

In response, Miguel Diaz-Canel confirmed extending an invitation to the Russian president, saying that Putin would be welcomed in Cuba in 2019.