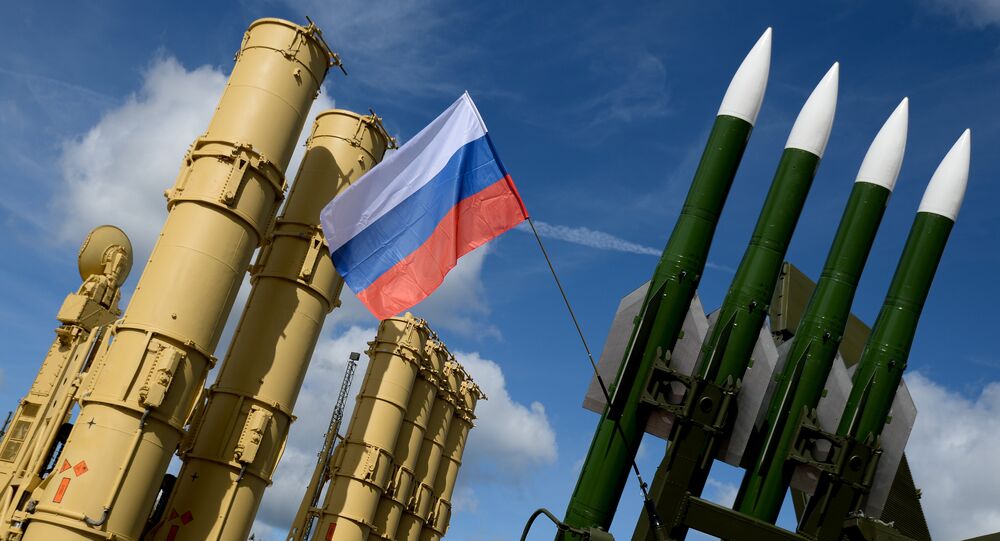 WASHINGTON (Sputnik) - China is most likely stealing Russian intellectual property in order to sell copycat weapons systems for a lower price at some point in the future, Bolton said in Washington, DC on Wednesday.

READ MORE: 'The INF Treaty Doesn't Include China That's Why US Feels Its Outdated' — Prof

Intellectual property is one of the key points of conflict which has caused the current trade war between the United States and China. In April, the US Trade Representative put China on its Priority Watch List in 2018 due to intellectual property concerns, including theft of trade secrets, online piracy and counterfeiting.

Bolton also said that US President Donald Trump and Russian President Vladimir Putin have many issues to discuss, including the Intermediate-Range Nuclear Forces (INF) treaty and the Middle East.

"It's important to have sustained diplomatic engagement with them. That's the reason he went to Helsinki, that's the reason we're still talking about it and there are a lot of issues to discuss — the INF treaty is certainly one of them, we have other arms control issues, but we've got their behavior in the Middle East, in a whole range of other areas that it's important that we continue conversations on," Bolton said in Washington.

© Sputnik / Sergei Guneev
INF Issue May Be Discussed at Putin-Trump Meeting in Paris - Lavrov
Bolton said the November 11 meeting between Trump and Putin in Paris was expected to be brief, but added that the two leaders would have "other opportunities" to address these issues.

However, Trump feels that despite the political rhetoric in the United States about alleged collusion during the 2016 election between Moscow and his campaign, it is important to have "sustained diplomatic engagement."

Russia and Trump have repeatedly denied allegations of collusion, and Moscow has called the accusations of interference in the election "absurd."