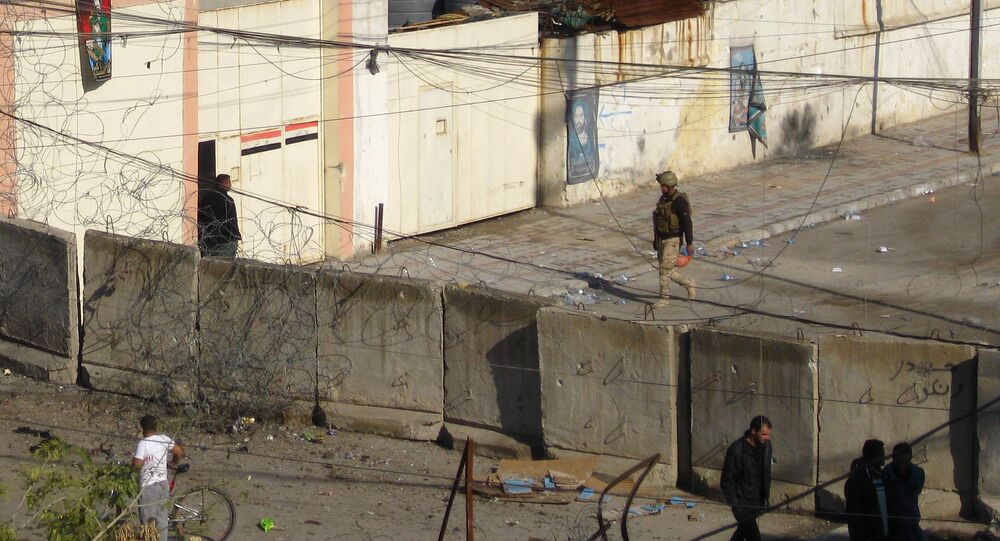 WASHINGTON (Sputnik) – The United States has transferred suspected Daesh* terrorists to Iraqi prisons where they are subject to torture and unfair trials, the advocacy group Human Rights Watch (HRW) charged in a press release on Wednesday.

"Independent observers of four recent terrorism trials in Baghdad reported that several foreign defendants, including from France, Australia, and Lebanon, had been tried in Iraq based, at least in part, on their alleged membership in the Islamic State," the release said. "Some [detainees] alleged due process violations and, in two cases, being tortured in Iraq."

The release singled out the Iraqi Counter Terrorism Service is an elite military unit under the command of the Iraqi prime minister as one unit responsible for torturing Islamic State detainees.

© Sputnik / Yevgeny Biyatov
Russia's FSB Detains 18 After Tracking Daesh-Linked Terrorist Sleeper Cell
According to the release, "the US set up the unit 2003 and has maintained close ties and support with it."

The document noted further that Human Rights Watch has documented serious violations by its forces, including torturing and executing Daesh suspects, "mutilating victims' bodies, and carrying out enforced disappearances."

HRW detailed its findings in a letter to US authorities on September 10 but has yet to receive a response, according to the release.

* Daesh is a terrorist group outlawed in Russia and many other countries.