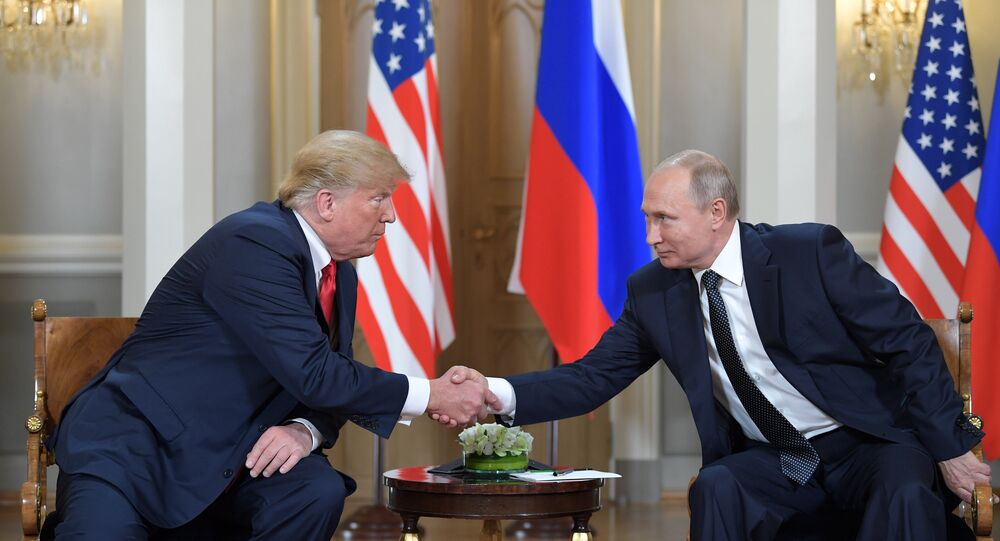 MOSCOW (Sputnik) - The prospective meeting of Russian President Vladimir Putin and his US counterpart Donald Trump, expected to take place on November 11 in Paris, is mainly aimed at exchanging views on the most pressing issues of international and bilateral agenda, Kremlin spokesman Dmitry Peskov said on Monday.

"Comparing notes is the main aim of such a meeting," the spokesman said.

© Sputnik / Sergey Guneev
Trump May Meet With Putin at Upcoming Events in Argentina or France in November - Reports
There are no details on the possible meeting between Russian President Vladimir Putin and his US counterpart Donald Trump in Paris in November as the preparation for talks has just started, Peskov said.

Peskov added that there were many issues related to strategic stability that the two leaders could address, especially in light of the US recent announcement to pull out from the Intermediate-Range Nuclear Forces Treaty (INF).

Vladimir Putin has received the invitation from his US counterpart Donald Trump to visit Washington, but the details of the possible summit between the two leaders are yet to be negotiated, Peskov said.

"[The invitation] was announced, but it is still to be agreed. Nothing has been negotiated yet," Peskov said, answering the question on whether Putin accepted the invitation.

Earlier, President Donald Trump announced that the United States would withdraw from the INF treaty over the alleged violations of the agreement by Russia.

Kremlin spokesman Dmitry Peskov strongly rejected the US accusations and warned that scrapping the treaty would force Russia to take measures to ensure its security.

Trump May Meet With Putin at Upcoming Events in November - Reports