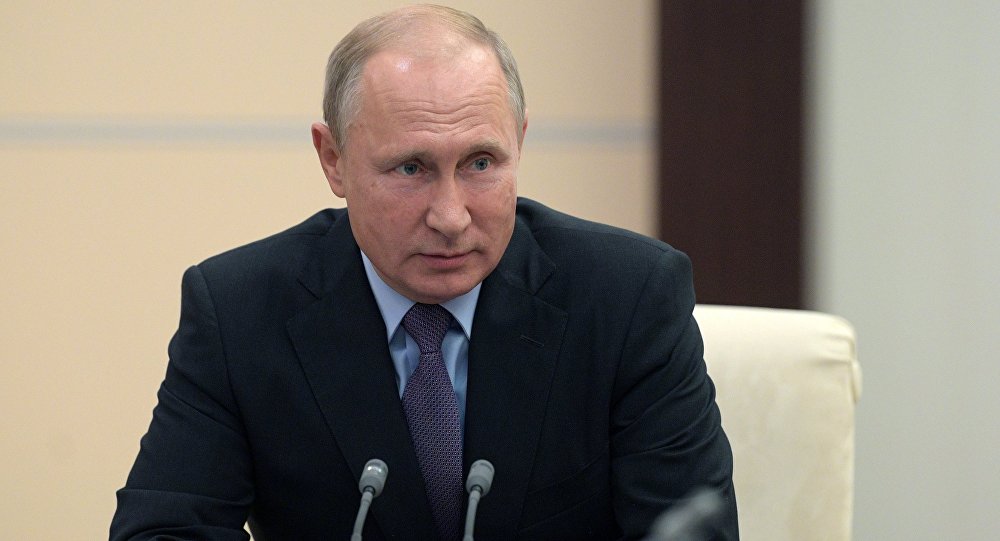 MOSCOW (Sputnik) – On Saturday, Russian President Vladimir Putin will visit the Turkish city of Istanbul where he will take part in a four-party summit on Syria between the leaders of Turkey, Russia, Germany and France.

On the sidelines of the summit, Putin is going to hold several bilateral meetings, including with Erdogan. The summit will also host bilateral talks between Russian Defense Minister Sergei Shoigu and his Turkish counterpart Hulusi Akar.

In addition, Berlin and Paris have stated that German Chancellor Angela Merkel and French President Emmanuel Macron will also take part in the top-level meeting.

On the eve of the summit, Russian Foreign Minister Sergei Lavrov met with head of the Syrian Negotiation Commission (SNC) Nasr Hariri, who called on the parties to the Syrian settlement process to boost formation of the Syrian Constitutional Committee in line with UN Security Council Resolution 2254.

© REUTERS / Pierre Albouy
UN Security Council Discusses Political Situation in Syria (VIDEO)
Last week, Turkish presidential spokesman Ibrahim Kalin stated that the parties would discuss the implementation of a Russian-Turkish agreement on the creation of a demilitarized zone in the rebel-held Syrian province of Idlib.

The spokesman's comments came after the announcement by Russian Presidential Special Envoy for Syria Alexander Lavrentyev that the summit's participants would focus on the settlement of the ongoing Syrian conflict as well as on the return of Syrian refugees.

He also expressed hope that Germany and France would boost humanitarian assistance for Syria via EU financial mechanisms.

Kremlin spokesman Dmitry Peskov also commented on the summit stressing that he did not expect the event to result in any breakthroughs.

Moreover, outgoing UN Special Envoy for Syria Staffan de Mistura told the UN Security Council on Friday that he was set to hold a briefing on the situation in Syria to the leaders of Russia, France, Germany and Turkey when they gathered for the summit.

"Tomorrow, I will be traveling to Istanbul to brief the presidents of France, Germany, Russia, and Turkey when they meet to discuss Syria … I am honored by this invitation," de Mistura said.