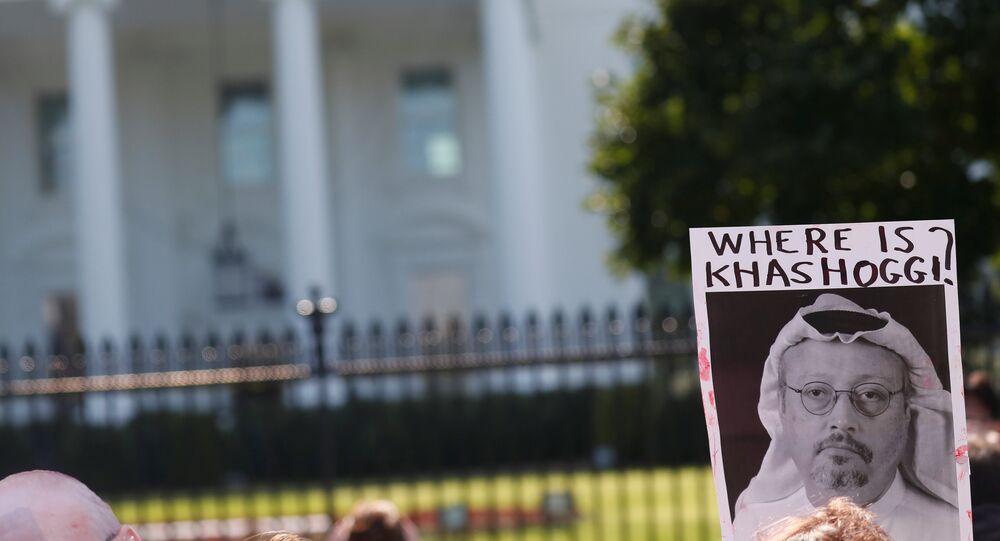 On October 19, Saudi Arabia admitted that Jamal Khashoggi had been killed in a brawl inside the Saudi Consulate in Istanbul. According to Riyadh, 18 people have been arrested over their involvement in the incident.

US Defense Secretary James Mattis has addressed the case of killed journalist Jamal Khashoggi, saying that US Secretary of State Mike Pompeo has already revoked some Saudi visas and "will be taking additional measures" soon.

"We will maintain our 'twin imperatives', as stated by Secretary of State (Mike) Pompeo, of protecting America and holding accountable those responsible for this murder," the official noted to a meeting in the Bahraini capital of Manama.

While speaking in Bahrain, the Pentagon chief said that the killing of the journalist "undermines regional stabilty."

The official also stressed that the US "does not tolerate this kind of ruthless action to silence Mr. Khashoggi, a journalist, through violence."

"With our collective interests in peace and unwavering respect for human rights in mind, the murder of Jamal Khashoggi in a diplomatic facility must concern us all," Mattis said. "Failure of any nation to adhere to international norms and the rule of law undermines regional stability at a time when it is needed most."

© REUTERS / Courtesy Haberturk
Fiancee of Jamal Khashoggi Rejects Trump's Invitation Over US 'Insincerity'
At the same time, while commenting on the Khashoggi case, Mattis never once mentioned Saudi Arabia directly in connection with the journalist's killing in the consulate in Turkey. Moreover, he did not directly blame Saudi Arabia for the incident and did not comment on cutting arms sales to the kingdom which is being urged by some members of Congress.

Mattis also noted that consultations with Donald Trump and Mike Pompeo will carry on while they take into account a broader scope of the issue.

In addition, Saudi Foreign Minister Adel al-Jubeir said that the suspects of the Khashoggi case will be prosecuted by the state when he was asked about the Saudi Arabia nationals' extradition by Turkey in a call.

In addition, al-Jubeir said that the Khashoggi case has turned into hysteria, as an investigation requires time, and facts will be determined following the course of the investigation.

"This issue has become fairly hysterical," Riyadh foreign minister noted stressing further that the public has prematurely laid blame on Saudi Arabia while the investigation is still underway.

The official also noted that Saudi Arabia "will know the truth" and "will hold those responsible accountable."

In addition, the minister asserted that the state "will put in place mechanisms to ensure it doesn't happen again."

The officials' comments follow an earlier statement by US President Donald Trump this week that he was not satisfied with the explanation put forth by the Saudi government. Trump told reporters that permitting one month for an investigation, as requested by Riyadh, would be too long.

Saudi Arabia, for its part, has admitted via state television that Khashoggi was killed in a brawl inside the Saudi Consulate in Istanbul on October 2. According to Riyadh, 18 people have been arrested over their involvement in the killing. Turkey is conducting a separate investigation into the columnist's death.