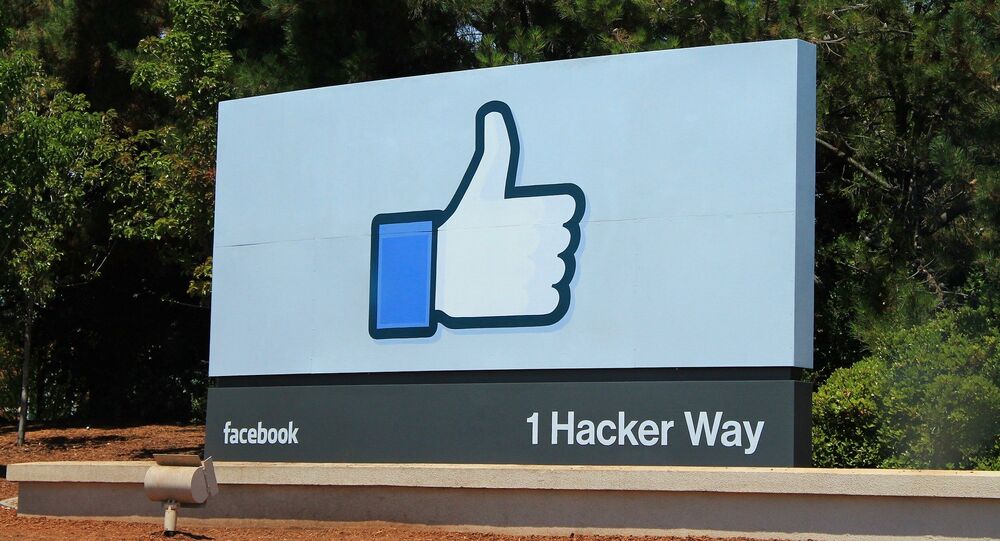 On October 11 Facebook closed down 559 pages and 251 personal accounts. While the social media giant claimed the pages were misleading users "about who they are, and what they are doing", and broken "rules against spam and coordinated inauthentic behavior", the overwhelming bulk were alternative news sources and political organizations.

Many highlighted issues and events the mainstream media downplayed or ignored — US interventionism, drug legalization, police brutality and much, much more. In conversations with Sputnik, those affected by the purge expressed their dismay.

"I was inspired to do what I could to plant seeds and combat the mainstream media's bullsh*t narratives, to keep police and government accountable, to make sure people knew their rights and how to interact with police. All that's gone now with a click of a button. Six years of hard work, literally seven days a week, working our asses off finding stories, researching them, writing them, making thumbnails and titles, making graphics and videos, sharing them on various social media outlets," said Jason Bassler, co-founder of The Free Thought Project.

However, if US journalist Max Blumenthal's latest report is accurate, much more politically-motivated mass-defenestration from Facebook impends — potentially in the very near future.

During a lunch-break at the 12th Berlin Conference on Asian Security, a summit organized by Stiftung Wissenschaft und Politik (German Institute for International and Security Affairs), Jamie Fly, senior fellow and director of the Asia program at the German Marshall Fund, told Jeb Sprague, a visiting faculty in sociology at the University of California-Santa Barbara, "we are just starting to push back".

A rare opportunity to discuss Asian security in Berlin, with an excellent group of experts from the region @SWPBerlin pic.twitter.com/Ogdc9d5BVK

​"Russia, China, and other foreign states take advantage of our open political system. They can invent stories that get repeated and spread through different sites. Just this last week Facebook began starting to take down sites. So this is just the beginning," he said.

Fly is a well-connected US neoconservative hardliner, who over the years has variously and vociferously advocated for regime-changing military action against Iran, Syria and elsewhere, and raising US defense spending to record levels. Moreover, there's every reason to think he didn't use the term "we" in the generic sense when discussing Facebook's future censorship plans. 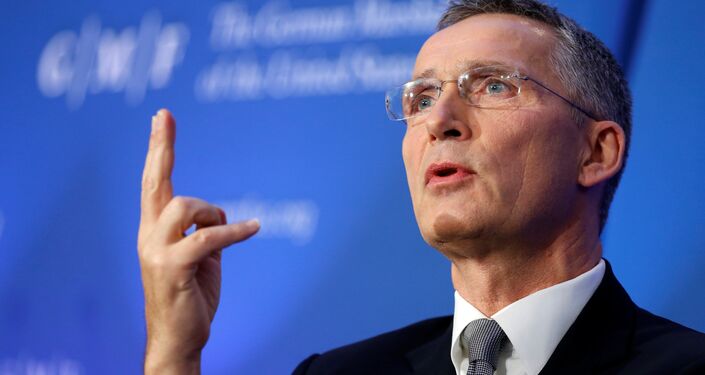 In July 2017, the Alliance for Securing Democracy (ASD) was launched — a "bipartisan, transatlantic initiative" with the stated aim of "[defending and deterring] against Russian and other state actors' efforts to undermine democracy and democratic institutions".

The Alliance's funding sources are unclear, with official literature merely stating "a group of American private individuals and small family foundations from across the political spectrum" bankroll the effort. Nonetheless, its advisory council is crammed with prominent and often controversial national security figures from across the US political spectrum, including Bill Kristol, John Podesta and former acting CIA Director Michael Morrell.

Moreover, ASD is sponsored by and "housed at" the German Marshall Fund, Fly's employer — and the former Bush administration staffer has taken a leading role in promoting and defending its work ever since launch.

ASD's flagship resource is the 'Hamilton 68' dashboard, which tracks in real-time 600 Twitter accounts suspected to be "linked to Russian influence" whether directly or indirectly. Bizarrely, the organization does not disclose which accounts the dashboard actually tracks, or the methodology by which an account is determined to be "linked to Russian influence" — although merely tweeting what the organization believes to be pro-Russian views can apparently be grounds for inclusion. Fly has stated accounts remain anonymous to prevent them from being shut down — a perhaps strange principle to uphold for an organization committed to countering the spread of foreign propaganda. 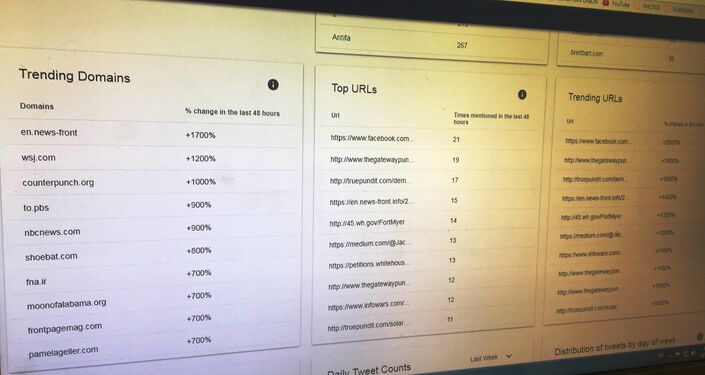 While several mainstream pundits and news outlets have praised the provision, it's also been sharply criticized. The Nation journalist James Carden wrote in August 2017 the project was "the opposite of what one would expect in an open society", and sought "to police and narrow the scope of acceptable political discourse".

"The implicit message is Americans should ignore unpleasant news so long as it comes from foreign outlets, regardless of the veracity of the story," he added.

Even individuals involved in Hamilton 68's creation have expressed doubts about its reliability. Clint Watts, Research Fellow at the Foreign Policy Research Institute, self-avowed expert on online foreign influence operations and high-profile proponent of social media censorship, told Buzzfeed in February the narrative of Kremlin-backed Twitter operations was "overdone", and some of the accounts monitored by the dashboard were "legitimately passionate people that are just really into promoting Russia".

Birds of a Feather

Fly also disclosed over his lunch-break discussion with Sprague he was working with the Atlantic Council, a perhaps unsurprising development — like ASD, the think tank is based in Washington, and its board of directors is likewise a 'who's who' of contentious pro-interventionist figures old and new, including Henry Kissinger, Condoleezza Rice, Colin Powell, Robert Gates, Michael Hayden and David Petraeus, among others. Unlike ASD though, the NATO offshoot discloses its funding sources — among them the governments of Bahrain and Saudi Arabia, and Ukrainian oligarchs such as Victor Pinchuk. 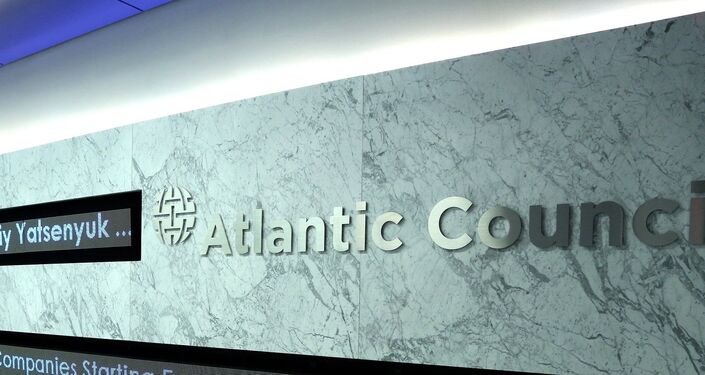 Specifically however, Fly said he was assisting the Council in its campaign to combat 'fake news' and 'propaganda' on Facebook — the very crusade that saw so many independent organizations and movements unceremoniously removed from the social network on October 11.

Launched in May, the official initiative got off to an inauspicious start. Ben Nimmo, a fellow in the Council's Digital Forensic Research Lab, immediately set to work identifying Russian bots and trolls operating on Facebook and other key social media platforms — many accounts he eventually flagged turned out to be real people, including popular anti-interventionist Maram Susli ('SyrianGirl'), Ukrainian concert pianist Valentina Lisitsa, and British pensioner Ian Shilling.

© AP Photo / Paul Sakuma
TeleSur English Shuttered, Restored by Facebook for No Clear Reason
Both outlets were created expressly to provide an alternative to Western media coverage, and have been praised by academics and analysts for their reporting — given the Council's close ties to the US establishment, media analyst Alan MacLeod has suggested the suspensions amounted to state censorship.

Nonetheless, in addition to suppressing alternative viewpoints, VenezuelaAnalysis' suspension may have had even darker motives — in December 2017, the site exposed how the Atlantic Council had donated over US$1 million to the Venezuelan opposition. Following online outcry, the pages were eventually reinstated in September — it's unclear whether the numerous pages excommunicated in October will be as fortunate.

"The US government and its allies are effectively using [Facebook] to silence dissenting opinion, both at home and on the world stage, controlling what its two billion users see and do not see. Progressives should be deeply skeptical these moves have anything to do with promoting democracy. The US government has effectively become the arbiter of what the world sees and hears, with the ability to marginalize or simply delete news from organizations or countries that do not share its opinions," MacLeod warns.