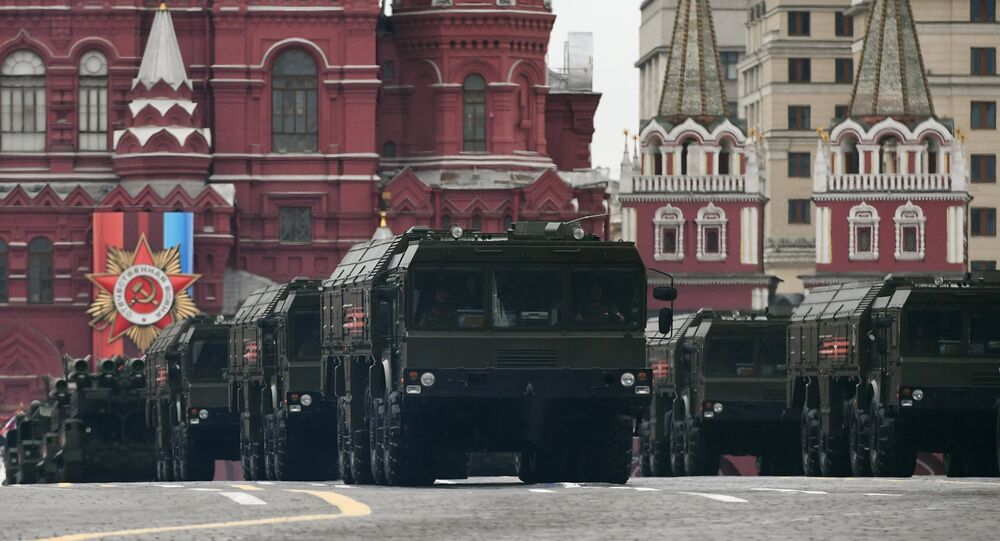 MOSCOW (Sputnik) - The Russian side would not prefer signing a new Intermediate Nuclear Forces (INF) Treaty at the moment and believes that breaking up the treaty with only hypothetical thoughts on a new one would be dangerous, the Kremlin spokesman said Tuesday.

The Kremlin spokesman stressed that the most important thing was to see whether such a new treaty was doable also noting that "giving up on the document like that and then talking about some hypothetical intangible possibility of concluding a new" deal was "a rather dangerous stance."

On Putin's Meeting With Bolton

The Kremlin spokesman also commented on the forthcoming meeting of Russian President Vladimir Putin and US National Security Adviser John Bolton who will discuss the bilateral ties, regional conflicts, Syria and strategic security; later in the day, the Russian president will receive Bolton, who is on a visit in Moscow.

"Our bilateral relations, regional conflicts, the Syrian settlement and the issues of… strategic security. Most importantly, Bolton and his Russian colleagues will brief the president on the talks that took place yesterday and earlier today," Peskov told reporters when asked what Putin would discuss with Bolton.

Commenting on the murder of Saudi journalist Jamal Khashoggi, Kremlin spokesman Dmitry Peskov said Tuesday that it was necessary to possess official and confirmed information to give reaction.

"In order to react to the incident with the journalist, it is necessary to have confirmed information. We have heard official statements from Riyadh that stress the non-involvement of the royal family to what had happened. As for all the rest, it is the issue of the investigation that has to be guided only by official and verified information," Peskov said.

© AFP 2020 / MOHAMMED AL-SHAIKH
Khashoggi's Body Found in Well in Saudi Consul General's Residence – Turkish Official
Jamal Khashoggi, a Saudi national, was a well-known critic of his country's government and fled Saudi Arabia in 2017. Khashoggi, The Washington Post newspaper columnist was last seen on October 2 entering the Saudi consulate in Istanbul, where he went to receive documents he needed to remarry.

Following more than two weeks of denials, Saudi Arabia admitted on Friday via state television that the journalist had been killed in a fight inside the consulate. Saudi authorities have detained 18 individuals in connection with the case, and dismissed six senior officials over the incident, including intelligence chief Ahmad Assiri and Saud al-Qahtani, a senior aid to the crown prince.