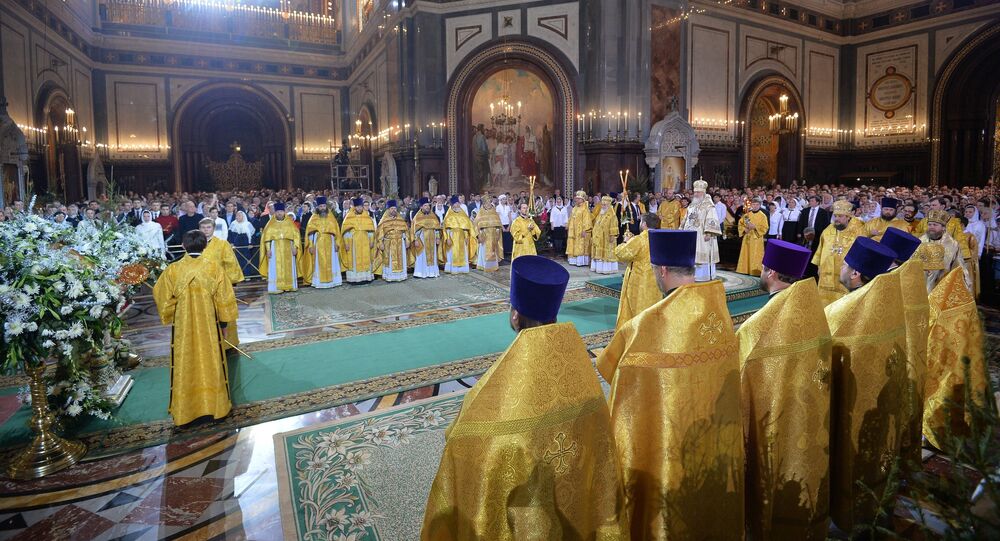 MOSCOW (Sputnik) - The Russian Orthodox Church calls on Constantinople to apologize for the damage that its decision to grant independence to the Ukrainian non-canonical church has inflicted on the orthodoxy of Ukraine and the whole world, the spokesman for Patriarch of Moscow and All Russia Kirill said Monday.

"This path can be abandoned very quickly by dialogue. There is only one factor — Constantinople's realization of the fallaciousness of its actions and decisions of the Patriarchate of Constantinople and its Synod, and apologies for those actions that have already caused significant damage to the orthodoxy of the world and the future of the orthodoxy in Ukraine," Alexander Volkov said.

On October 8, the Holy Synod of the Russian Orthodox Church decided to completely "break the Eucharistic communion" with the Patriarchate of Constantinople after the latter launched preparations for granting autocephaly to the Orthodox Church in Ukraine.

The Russian Orthodox Church called the synod's decision the "legalization of schism," saying that it would have catastrophic consequences and would affect millions of Christians in Ukraine and other countries. The Moscow-affiliated Ukrainian Orthodox Church said that the synod’s decision was a hostile act, interfering with the Ukrainian church's affairs, and threatened the Constantinople patriarch with anathema.