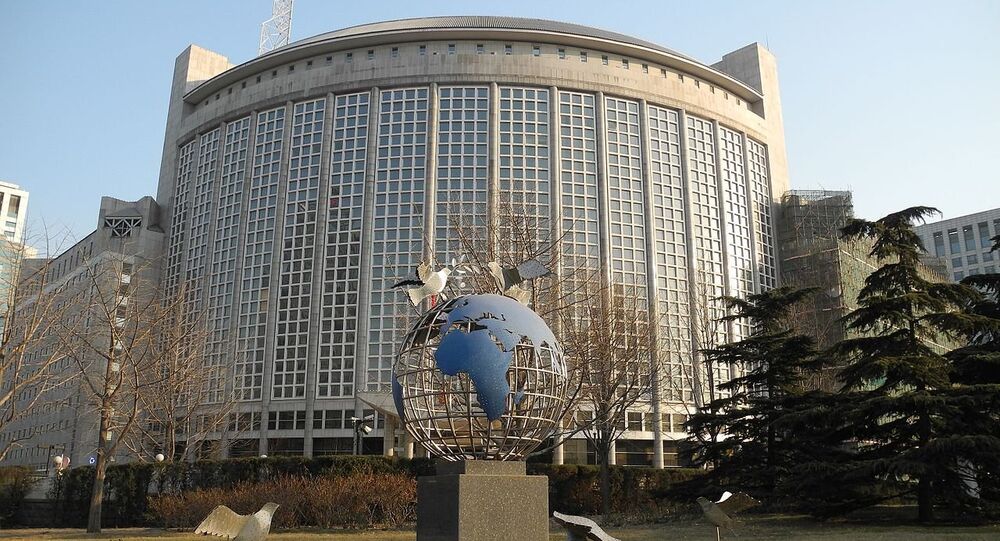 Unilateral US Withdrawal From INF Treaty Will Have Multilateral Impact - China

On October 20, US President Donald Trump announced the country’s withdrawal from the INF treaty over alleged Russian violations of the agreement.

It is wrong for the United States to unilaterally pull out of a landmark Cold War-ear treaty that eliminated nuclear missiles from Europe, Chinese Foreign Ministry spokeswoman Hua Chunying said at a news briefing.

"The INF Treaty is an important arms control agreement reached by the US and the USSR during the Cold War. This agreement has played an important role in stabilizing international relations, maintaining global strategic balance and stability. Today it is still extremely important," she said at a briefing.

In May, US President Donald Trump issued a memorandum ordering State Secretary Mike Pompeo to propose sanctions on Russia in response to alleged violations of the INF Treaty.

© AFP 2021 / KIM JAE-HWAN
US Mk-41 Systems Deployment in Romania, Poland Contradicts INF Treaty – Moscow
Kremlin spokesman Dmitry Peskov, commenting on the matter, said that Russia had never violated the INF Treaty, and that it adheres to its obligations and intends to continue doing so.

Russia and the US have repeatedly accused each other of violating the treaty. The administration of former US president Barack Obama, however, decided not to abandon the deal.