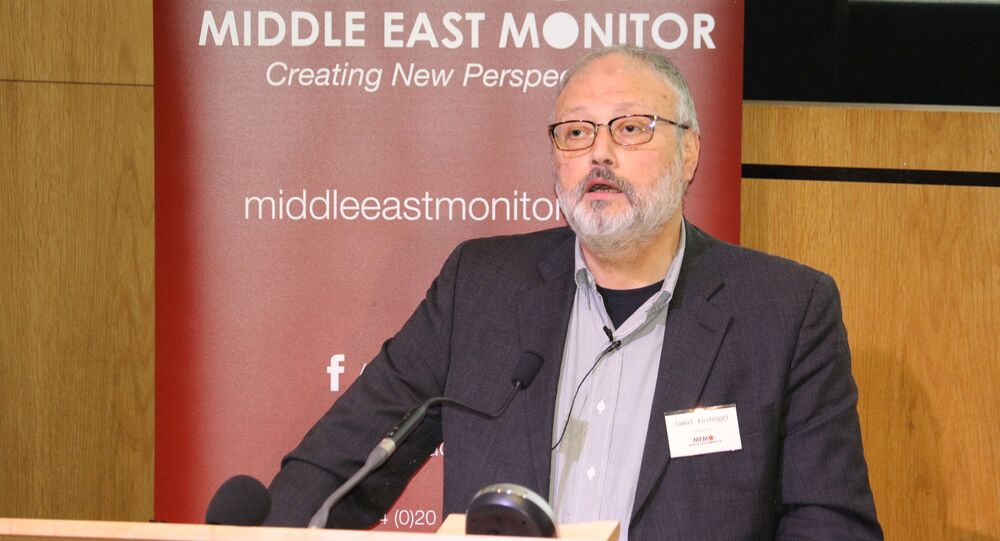 Earlier this week, Saudi authorities said that a fight had broken out between Washington Post journalist Jamal Khashoggi and his interlocutors at the Saudi Consulate in Istanbul, with the altercation leading to his death.

The UK, France and Germany have condemned the killing of Saudi journalist Jamal Khashoggi and said that nothing could justify his death.

In a joint statement issued Sunday, the three countries stressed that urgent clarificiation was needed regarding Khashoggi's death, and said the version of events proposed by the Saudi investigation required more facts to back it up.

"There remains an urgent need for clarification of exactly what happened on October 2nd — beyond the hypotheses that have been raised so far in the Saudi investigation, which need to be backed by facts to be considered credible," the joint statement noted. The three countries expect "more efforts…towards establishing the truth in a comprehensive, transparent and credible manner," it added.

© AFP 2021 / ERIC PIERMONT
Germany Rethinks Weapons Sales to Saudi Arabia Over Jamal Khashoggi's Death
The statement followed critical remarks by President Donald Trump on Saturday, who accused Riyadh of "deception" and "lies" in its explanation of the journalist's disappearance.

Commenting on the issue later in the day, German Chancellor Angela Merkel stated that the arms export to Saudi Arabia could not take place under current circumstances.

"First, we condemn this act in the strongest terms," she said. "Second, there is an urgent need to clarify what happened — we are far from this having been cleared up and those responsible held to account… As far as arms exports are concerned, those can't take place in the current circumstances."

Doubts About Saudi Version of Events

Earlier, British Brexit minister Dominic Raab cast doubt on the Saudi version of events, saying the explanation wasn't credible and adding that London "support[s] the Turkish investigation into [the case]…The British government will want to see people held accountable for that death," he said.

Also Sunday, German Foreign Minister Heiko Maas said that Berlin is coordinating with its European Union and G7 allies over Khashoggi's suspected killing. On Saturday, Maas said that Germany would not approve any further arms sales to Riyadh until the investigation into the journalist's death is concluded. Washington has remained more hesitant to threaten Riyadh with economic consequences, with President Trump saying repeatedly that he did not want the Khashoggi issue to jeopardize $110 billion US arms deal with the Kingdom.

Washington Post contributor Jamal Khashoggi disappeared on October 2 in Istanbul and was last seen entering the Saudi Consulate, where he went to receive papers required to remarry. On Friday, amid pressure from the international community, Saudi authorities announced that a fistfight had broken out between Khashoggi and people who met him at the consulate, with the altercation leading to his death. Riyadh noted that 18 Saudi nationals had been detained in connection with the case and that intelligence chief Ahmad Assiri and senior aide to the crown prince Saud al-Qahtani were sacked over the incident.