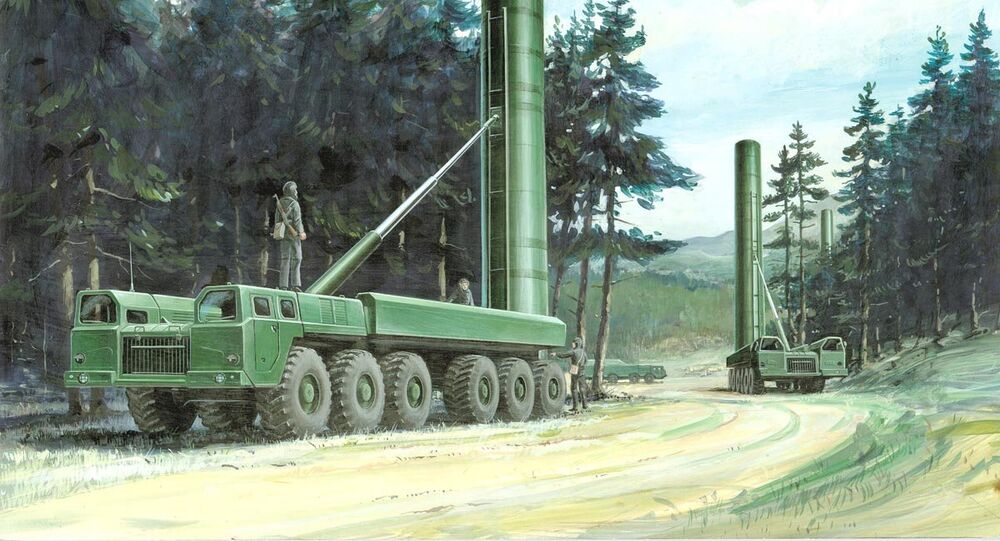 On Saturday, Washington announced that it would be withdrawing from the Intermediate-Range Nuclear Forces Treaty, a landmark 1987 arms control deal aimed at reducing the risk of nuclear war in Europe.

German Foreign Minister Heiko Maas has urged the United States to consider the consequences of withdrawing from the INF, including its impact on European security and on future efforts at nuclear disarmament.

"The treaty…has for 30 years been an important pillar of our European security architecture," Maas said in a statement on Sunday. "We have urged Russia to address serious allegations that it is violating the agreement. We now urge the US to consider the possible consequences [of withdrawal]," he added.

Characterizing the US statement about its intention to exit the treaty "regrettable," Maas said that the US decision "puts us and Europe before difficult questions," with the treaty having served to prohibit Moscow and Washington from deploying or testing ground-based medium-range missiles.

According to the foreign minister, the US withdrawal from the INF will negatively effect prospects for future strategic arms limitations treaties, which Maas suggested were urgently needed.

© AFP 2021 / Jerome Delay
What You Need to Know About Nuclear Arms Treaty With Russia Trump Wants to Quit
Germany was one of the main benefactors of the 1987 treaty when it was signed at the twilight of the Cold War, with the INF aimed primarily at reducing the risk of nuclear war in Europe, with East and West Germany seen as the frontline of the confrontation at the time. The INF committed the US and the USSR (and since 1991, Russia) to terminating stocks of missiles and land-based launchers with ranges between 500 and 1,000 km and 1,000-5,500 km, respectively, and prohibited the missile technologies' development. The treaty resulted in the destruction of some 2,692 missiles by mid-1991.

President Trump announced plans to withdraw from the INF on Saturday, accusing Russia of violating the agreement's terms and saying the US would start to develop the weapons previously banned under the treaty.

Speaking to Sputnik, Russian Deputy Foreign Minister Sergei Ryabkov said that if the US continues to unilaterally withdraw from agreements, Moscow will be forced to adopt a range of retaliatory measures, including "military and technological" ones.

© AP Photo / Petros Karadjias
UK Ready to Back US Plans to Exit INF Treaty to Send 'Clear Message' to Russia
Moscow has repeatedly rejected US claims that it had violated the terms of the INF, saying that it 'adheres to its obligations and intends to continue to fulfill them,' and accusing Washington of pursuing "the dream of unipolar world" with such decisions.

Senator Rand Paul slammed Trump over the IMF decision, suggesting the move was a good reason why "[National Security Adviser] John Bolton shouldn't be allowed anywhere near US foreign policy." The US, Paul said, "should seek to fix any problems with this treaty and move forward" instead of abandoning it.