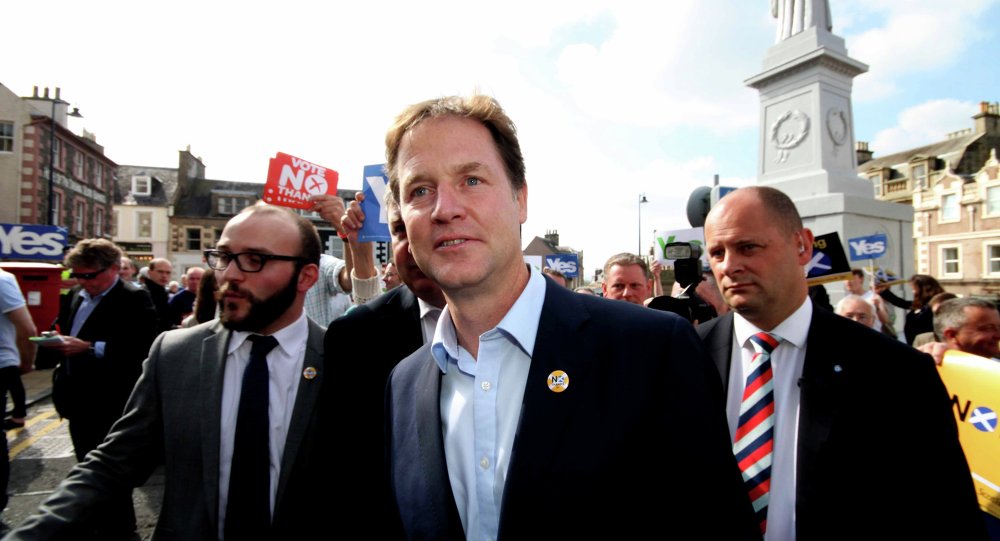 "I am delighted to be joining Facebook. After almost twenty years in European and British politics, this is an exciting new adventure for me," the veteran politician said on his Facebook page.

This comes four months after Facebook’s global policy and communications head Elliot Schrage announced he was standing down after a decade on the job.

Clegg said that for a staunch advocate of UK’s continued EU membership "it is, of course, a wrench" to leave the Brexit debate at a crucial time, but he added he wanted to apply himself elsewhere.

"Throughout my public life, I have relished grappling with difficult and controversial issues and seeking to communicate them to others. I hope to use some of those skills in my new role," he wrote.

​The 51-year-old politician and his wife were given a warm welcome in Menlo Park, San Francisco Bay Area in California in the United States, where they will soon move together with their three sons.

The Washington Post reported that the move comes at a time when Facebook is attempting to navigate increasingly delicate relations with governments around the world.

A recent hack and the sale of personal user information to a third-party as well as the spread of false news stories on the platform have raised concerns about Facebook’s security protocols. Moreover, Facebook has been scrutinized by various about what they call are the company’s attempts at censorship.