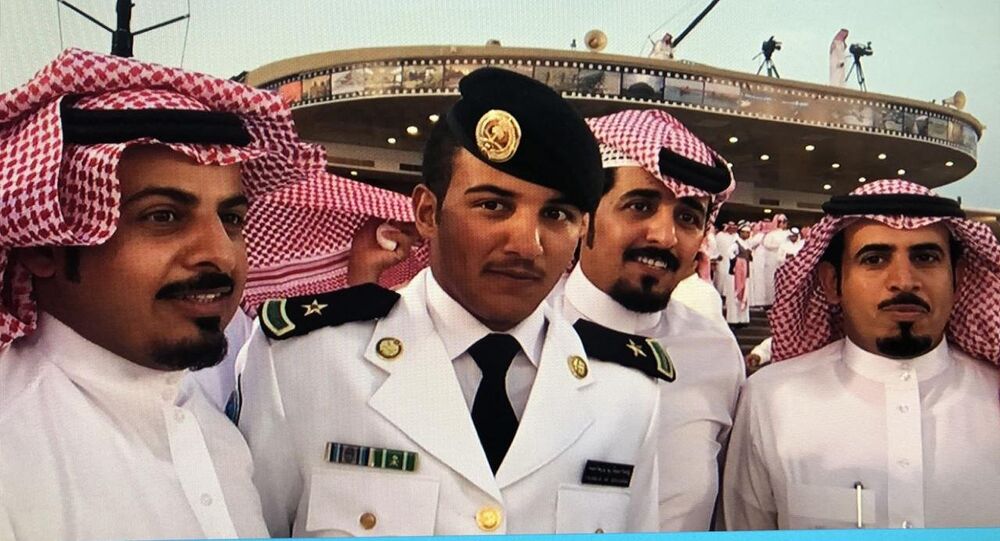 On October 10, Al Jazeera published photos of 15 alleged Saudi nationals who reportedly arrived in Istanbul on October 2 and may be involved in the disappearance of journalist Jamal Khashoggi. However, a Saudi man claims that one of these men is actually his brother who died last year.

On the very day when journalist Jamal Khashoggi went missing, some 15 Saudi nationals arrived in Turkey by air, and it is these very people who might be responsible for his disappearance, Daily Sabah reported.

However, a Saudi Arabian man named Ali Shabib al-Balawi told Sputnik Arabic that he recognized the man on Photo Number 8 as his late brother, Abdel Aziz Shabib al-Balawi, who died a year ago.

As al-Balawi explained, he and his family members were very surprised when they saw a photo of Abdel Aziz (who, for some reason, was called Fahd by the aforementioned media agencies) on the TV screen.

"This entire story in Turkish media is a lie. My brother, Abdel Aziz Shabib al-Balawi died in a traffic accident which happened a year ago in the Kingdom (of Saudi Arabia). How can you accuse a man who is no longer among the living, of murder?" he inquired.

According to al-Balawi, his brother travelled abroad only once prior to his death, visiting Jordan for medical treatment, and never visited Turkey.

"Me and my family await the conclusion of the investigation of Jamal Khashoggi’s disappearance. And then, we are going to sue the newspapers which used the photo of my brother for such publications," al-Balawi said.

The Saudi and Turkish authorities have agreed to establish a joint group to investigate the journalist’s disappearance, and on October 15, with Riyadh’s permission, Turkish police launched a search operation at the Saudi Consulate in Istanbul in an attempt to determine Khashoggi’s whereabouts.