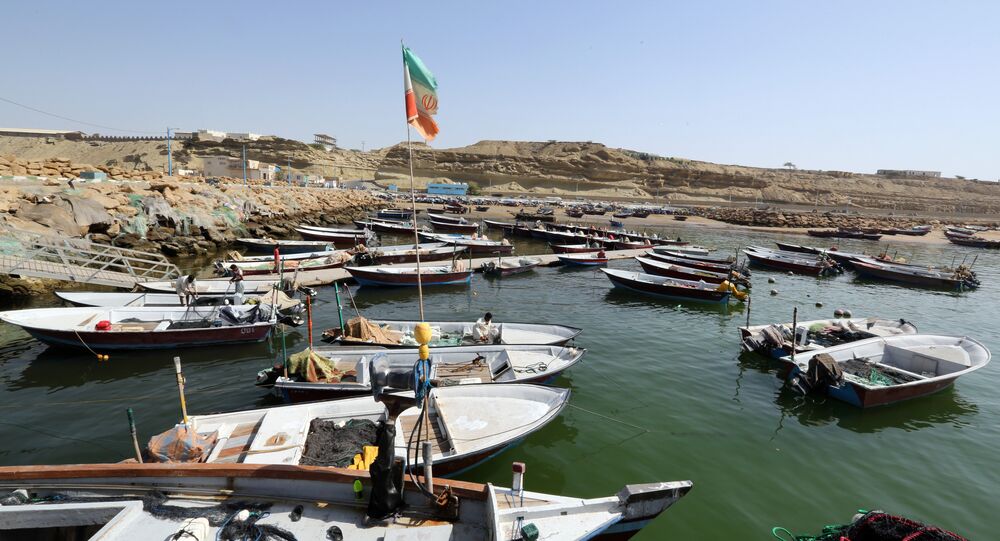 MOSCOW (Sputnik) - India and Iran will rush to complete the first berth in the Iranian coast city of Chabahar to make the port there operational before US sanctions on Tehran kick in next month, The Economic Times reported Monday.

The port project was delayed amid fears of US curbs on financial flows to Iran, expected on November 4, the Indian media cited its sources as saying.

The outlet's sources also stated that the countries have been racing against time to set up back channels for bilateral payments.

The news comes amid earlier reports that India has pledged $500 million for the port, which is expected to become operational by 2019. It will allow Indian shipments to bypass rival Pakistan on the way to Afghanistan and farther into Europe.

© AFP 2021 / ATTA KENARE
India to Open Chabahar Port by 2019 Despite US Sanctions on Iran
In May 2016, India Ports Global Private Ltd and Iran's Arya Banader had signed a commercial contract for the development and operation of Chabahar Port.

According to the contract, India is constructing two terminals (five berths) at Chabahar Port with an investment of $85 million for procurement of port equipment. In addition, India is providing Iran a $150 million loan through the Export-Import Bank of India (EXIM Bank) for the development of Chabahar Port.