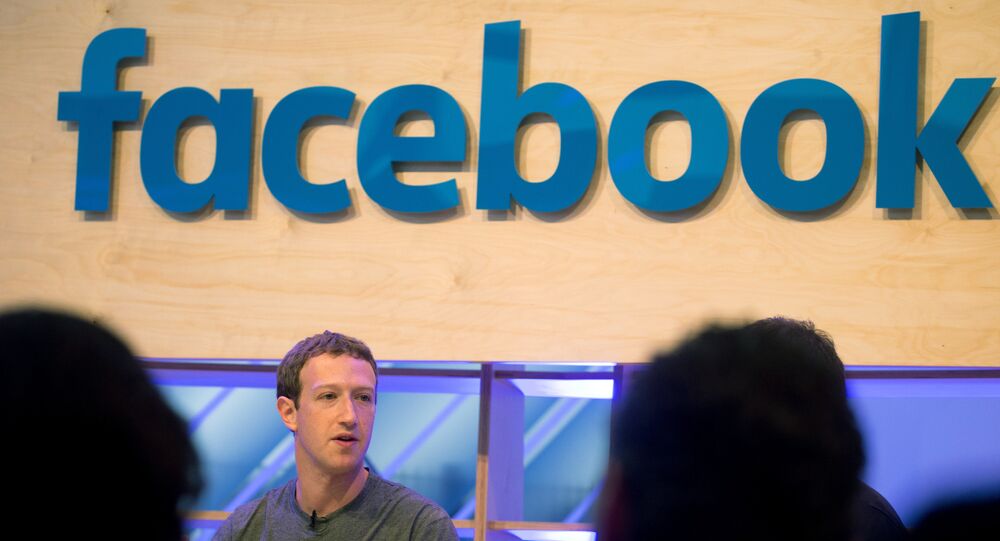 Facebook closed down 559 pages and 251 personal accounts on Thursday. Sputnik takes a look at the omnipotent website's long track record of censorship.

Facebook said on Thursday, October 11, it was closing pages which were "working to mislead others about who they are, and what they are doing."

But Jason Bassler, co-founder of one of the pages, The Free Thought Project, told Sputnik it was set up to counter "mainstream media's bullsh*t narratives."

"We were verified by Facebook with a little check mark next to our name, so they know we are a legitimate organization/outlet," Mr. Bassler told Sputnik.

Fascistbook is censoring anarchists completely now, under the guise of being anti-spam. Hundreds of anarchist's pages shut down #FacebookPurge https://t.co/tvtXmClmJ0

This is by no means the first time Facebook has taken down pages amid controversy.

"More content from the same pages has been reported to us — upon review, we have taken it down for glorifying violence, which violates our graphic violence policy, and using dehumanising language to describe people who are transgender, Muslims and immigrants, which violates our hate speech policies," said Facebook.

Jones has floated several conspiracy theories about various events, including the 9/11 attacks and the Sandy Hook school shooting.

In August, Facebook removed 652 pages, groups and accounts for "coordinated inauthentic behavior" after it was tipped off to the accounts by FireEye, a cybersecurity firm bankrolled by the Central Intelligence Agency.

"All of these pages that Facebook has been taking down…are all somehow related… to governments or movements or news sources that aren't very friendly to the United States or that the United States government wants to overthrow," web developer and technologist Chris Garaffa told Radio Sputnik.

Facebook's Head of Cybersecurity Policy, Nathaniel Gleicher, said the social media giant got a tip from FireEye, a cybersecurity firm that has received venture capital funding by the CIA since 2009.

Facebook removed 32 "fake" accounts and pages it claimed had been set up to influence the mid-term US elections in November.

Facebook & Tweeter, who we must see as part of the corporate capitalist state, are now proudly censoring political content. Two years ago there would have been a revolt at this kind of censorship but democrats & Russiagate give them excuse they needed.

The California-based company said 9,500 Facebook posts had been created by the accounts but it had not worked out who controlled them.

Among the "fake" accounts were Aztlan Warriors, Black Elevation, Mindful Being and Resisters.

Those who demanded Facebook & other Silicon Valley giants censor political content — something they didn't actually want to do — are finding that content that they themselves support & like end up being repressed. That's what has happened to every censorship advocate in history: https://t.co/IZHF8GVkgC

"Of the pages that had content, the vast majority of them (95 percent) were in Russian — targeted either at people living in Russia or Russian-speakers around the world including from nearby countries like Azerbaijan, Uzbekistan and Ukraine," said Facebook chief security officer Alex Stamos.

Facebook was heavily criticized after it removed the iconic image of a naked girl fleeing a US napalm attack during the Vietnam war.

Espen Egil Hansen, the editor of Norwegian newspaper Aftenposten, said the entire post, which was about iconic war imagery, was later deleted and the journalist responsible found his account suspended.

Mr. Hansen said Mark Zuckerberg was guilty of "an abuse of power".

Facebook said it had removed the image because it showed nudity.

In September 2016 the Israeli government and Facebook reportedly agreed a secret deal to work together to take down pro-Palestinian content.

Without warning or explanation, #Facebook just unpublished hundreds of pages including independent media outlets with millions of followers. Make no mistake, this is an extreme act of censoring the truth. #censorship pic.twitter.com/J54bPcmgBA

Several Palestinian pages with millions of readers found themselves closed and administrators locked out.

Palestinian journalists and activists responded with a temporary boycott of Facebook, claiming the company was complicit in Israeli censorship.

In the summer of 2016 a controversial Australian Facebook page called Blokes Advice was shut down after complaints from feminist groups.

Blokes Advice, which amassed 202,000 followers after it started in Brisbane in May 2016, was criticized for comments which included "teaching women a lesson" and punching them in the face after oral sex.

The secretive group was also accused of exchanging messages about gang-raping women.

In July 2016, Facebook was accused of censoring dozens of posts and user accounts after the death of a Muslim Kashmiri militant, who was eliminated by the Indian army.

Antiwar critics of establishment politics @AntiMedia and @TFTPROJECT just had their pages with millions of followers deleted by Facebook, along with hundreds of other alternative media outlets. Latest escalation of corporate censorship used as state censorship in the west. pic.twitter.com/Fdk9Yd13jI

Academics and journalists were among those who found their content had been deleted by the social media giant after the death of Burhan Wani.

The Indian government suspended cellphone coverage, landlines and internet services in the part of Kashmir it occupied and Kashmiris said the information blackout had been exacerbated by censorship on Facebook.

In May 2016, a London-based academic publisher claimed its Facebook page had been deleted without any warning.

Zed Books, which had published articles critical of the Turkish government and supportive of the Kurdistan Workers' Party, claimed Ankara had influenced Facebook.

Facebook insisted it did not delete the page and said there appeared to have been some form of glitch, which Zed Books accepted.