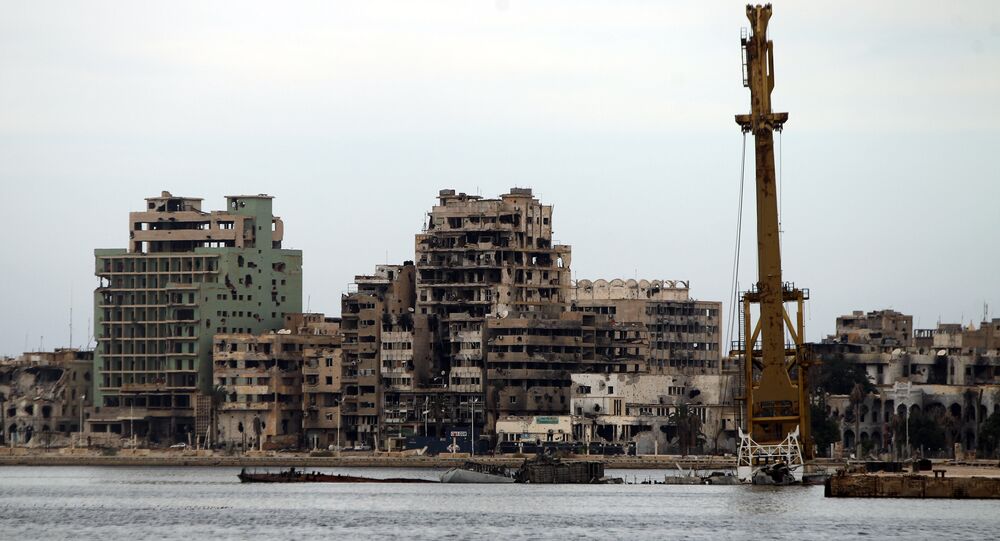 LONDON (Sputnik) - The Russian Embassy in London on Tuesday refuted reports claiming that Moscow was allegedly plotting to get control over European immigration routes in Libya and establish a stronghold against the West.

"This publication has nothing to do with reality. We are treating it as a new attempt to shift the responsibility for the ruined country and destroyed lives of millions of Libyans on Russia which had no relation to the 2011 NATO military intervention which grossly violated the whole range of UN Security Council resolutions," a representative of the embassy told reporters.

The embassy added that Russia supported peacemaking efforts in Libya and never planned any military intervention.

"We fully respect the UN Security Council Resolution 1970 which imposed an arms embargo on Libya," the mission representative said.

On Monday, The Sun reported that the UK intelligence had warned UK Prime Minister Theresa May of Moscow's alleged plans to send weapons and troops to Libya to turn it into "new Syria" and take control of migration routes to Europe thus increasing Moscow's influence on the West.

Russia calls for the parties to the Libyan conflict to engage in a constructive dialogue on political settlement as the only way to end the crisis, the embassy concluded.

© AFP 2021 / Abdullah Doma
Russian Exploration Company Discusses Geological Exploration With Libya’s NOC
Libya has been in turmoil since the overthrow of its long-time leader Muammar Gaddafi in 2011. The country is divided between two governments, with the eastern part controlled by the Libyan National Army and the western part governed by the UN-backed Government of National Accord of Prime Minister Fayez Sarraj.