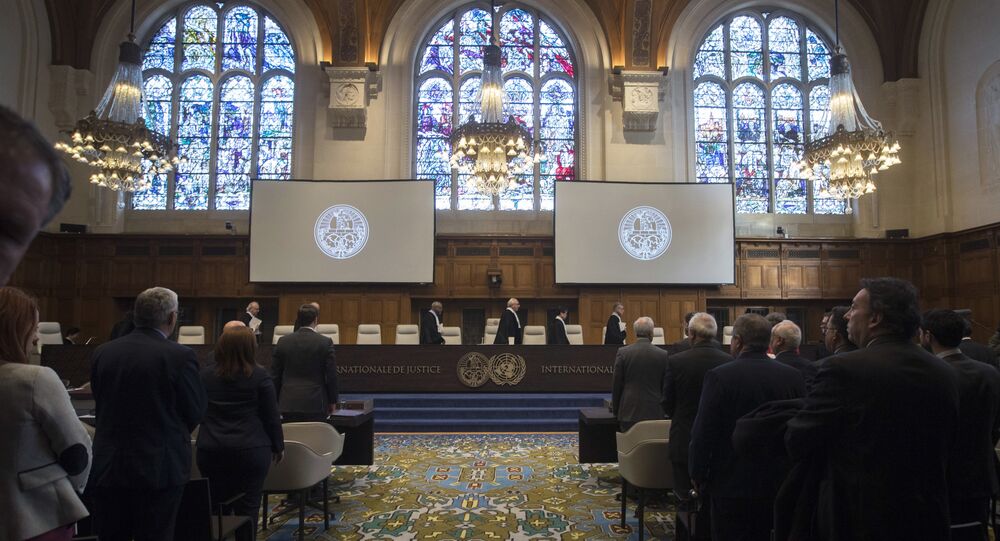 Tehran wants to overturn a US court's 2016 decision to hand over millions in frozen Iranian funds to American families of victims of attacks attributed to Iran.

US lawyers have urged the International Court of Justice (ICJ) to dismiss an Iranian lawsuit calling for the recovery of roughly $2 billion in frozen assets, AP reported on Monday.

In the first round of oral argument that kicked off on Monday, the US argued that the United Nations' highest judicial body doesn't have the jurisdiction to probe the case brought by Iran.

Iran filed a complaint against the United States with the ICJ in June 2016, months after the US Supreme Court ruled that nearly $2 billion in frozen Iranian funds should be awarded to families of victims of the 1983 bombing of US Marine barracks in Beirut and other attacks linked to Iran by US courts.

The Islamic Republic maintains that the Supreme Court's ruling breaches the 1955 Treaty of Amity, but Washington argues that this agreement doesn't cover the sanctions and the appeal is therefore legally flawed.

Monday's hearing comes a week after the 15-member panel unanimously ordered, in a separate case, that the United States ease sanctions re-imposed on Iran earlier this year. Mike Pompeo, America's top diplomat, has hinted that the White House would ignore the ruling and scrap the 1955 agreement, citing its "absolute absurdity."

Although the ICJ's decisions are binding for the parties, it effectively has no power to enforce them, which may give the US an opportunity to shrug off unfavorable rulings.

Relations between the two nations have been particularly strained ever since Donald Trump went ahead with new sanctions on Tehran after withdrawing from the landmark 2015 Iran nuclear deal. His move has affected the country's economy and led to a drop in Iranian crude sales, one of the major export items of the Islamic Republic.