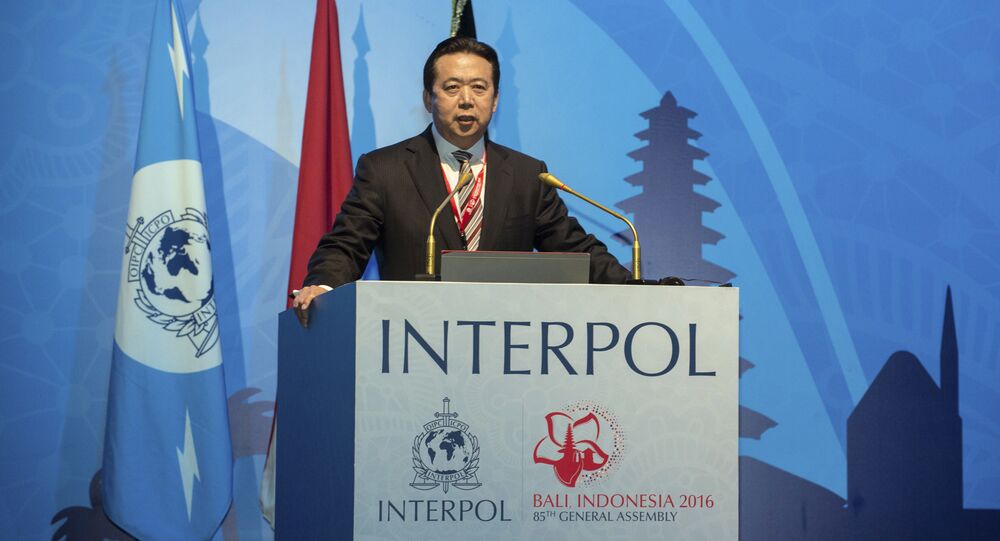 The International Criminal Police Organization (Interpol) has issued a statement, saying that Meng Hongwei has resigned as the organization's president, with Senior Vice President Kim Jong-yang becoming the acting president.

The organization added that a new president would be elected for the remaining two years of the current mandate in late November.

Earlier in the day, the Central Committee of the Communist Party of China said in a statement that Meng Hongwei was under an investigation in China on suspicion of breaking the law.

"Deputy Public Security Minister Meng Hongwei is suspected of breaking the law. The National Supervisory Commission is currently investigating him," the statement reads.

© AP Photo / Wong Maye-E
Interpol Requests China's Official Response Amid Concerns Over Agency's President's 'Well-Being'
According to the reports published earlier in the day, Meng is suspected of providing assistance to a certain company in obtaining a cybersecurity agreement. The Interpol official is currently under investigation.

Earlier this week, French media reported that the Interpol president has been missing since he traveled to China in late September. Meng's wife, who resides in France's Lyon, the same city where Interpol is headquartered, went to the police to signal his disappearance on September 29, however, the official's family has not heard from him since September 25.

Meng assumed office in November 2016. He has held various positions within China's Ministry of Public Security in his decades-long career.