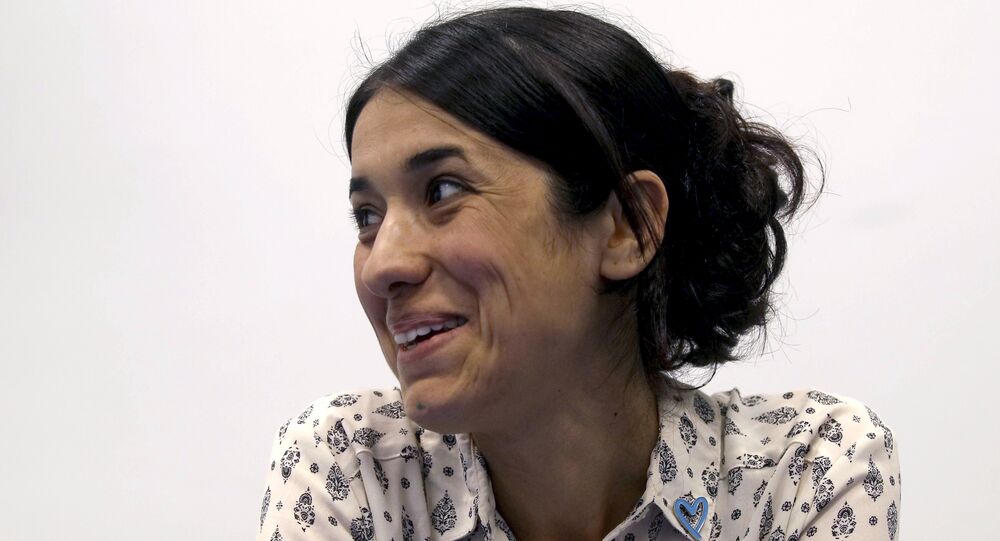 From Trump to Corbyn: Netizens Discuss Who Could Have Won Nobel Peace Prize

On Friday, the Norwegian Nobel Committee announced two recipients of the outstanding Peace Prize - Denis Mukwege, a gynecologist treating victims of sexual violence in the Democratic Republic of Congo, and Nadia Murad, a human rights activist and survivor of sexual slavery under Daesh* in Iraq.

The Nobel Committee branded Denis Mukwege as a "helper who has devoted his life to defending" victims of sexual violence in his country. Nadia Murad was praised for her "uncommon courage in recounting her own sufferings and speaking up on behalf of other victims." The two 2018 Peace Prize laureates have much in common, but the biggest similarity is that they are working to end the use of sexual violence as a weapon of war.

Watch the moment the 2018 Nobel Peace Prize is announced.

The announcement has made waves in the Twitterverse, with plenty of people praising the two laureates' courage and leadership.

Congratulations to @NadiaMuradBasee and @DenisMukwege! Their work saves lives and helps women speak out about sexual violence. #NobelPeacePrize https://t.co/2AvNSwleR2

The 2018 Nobel Peace Prize has been awarded to Nadia Murad and Denis Mukwege. These amazing people are known fighters of sexual violence. Congratulations!

Now let's take a step back and realize how insane it is that President Trump claimed that he deserved the award.

I saw Dr. Mukwege in a talk he gave and was very much impressed by his moral courage and personality. He is a true inspiration and he greatly deserves the price. The Noble Prize committee is to be commended for its choice. Félicitations dr Mukwege!

However, some rushed to Twitter to claim that the prestigious award should have been bestowed on the likes of US President Donald Trump or self-exiled former Catalan leader Carles Puidgemont.

Global citizen is a part of the NWO
Peace prize should’ve been presented to @realDonaldTrump on a golden plate easily, but you prefer to go on the victim narrative, nadia is been used by the elites to push their agenda

Even the looser Obama got it only by doing nothing 🤮🤮🤮

So Donald Trump has more arrests against human trafficking than any other president in history and brings peace to the Korean Peninsula and doesn’t win? #FakePrize

Propaganda. Trump and president of South Korea should have won it.

And Carles Puigdemont? He sacrifized his freedom to let catalans vote.

Some people quite unexpectedly have included the UK's Labour Party leader Jeremy Corbyn in the short list of candidates for the Nobel Prize.

What? Why didn't it go to Corbyn? This is an outrage.

This year's Peace Prize pick has also sparked the condemnation of some critics over what they called the Nobel Committee's damaged credibility.

after presenting the award to Obama for no good reason, you've lost all credibility. You remain consistent with your choices. Your prize is meaningless.

This year 329 candidates were nominated for the prize, of which 112 were public and international organizations. The Peace Prize is one of five that was bequeathed at the very end of the 19th century by the Swedish industrialist and inventor Alfred Nobel. Unlike other Nobel awards and according to the will of its founder, the peace award ceremony takes place in Oslo.

The cash amount of each of Nobel Prize in 2018 is 9 million Swedish crowns (about one million US dollars).