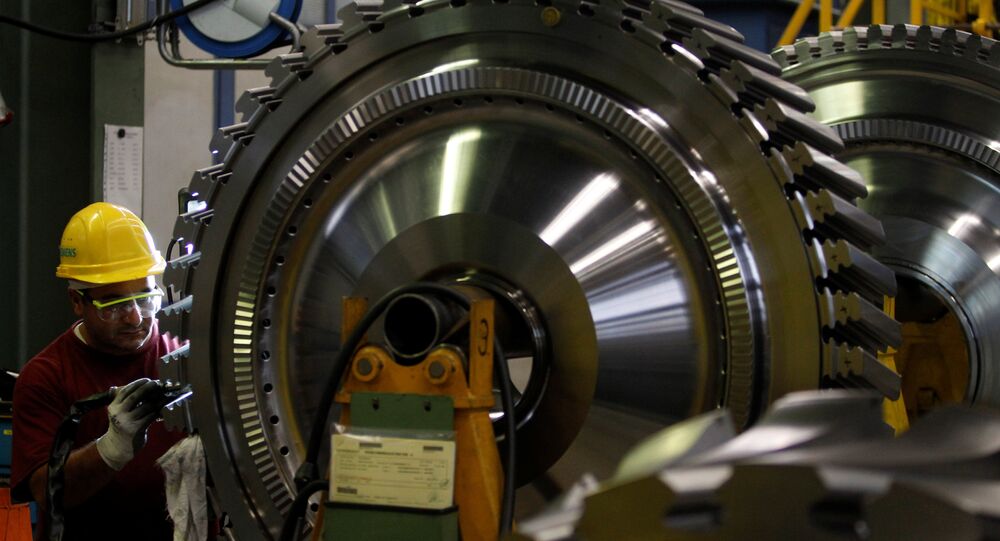 MOSCOW (Sputnik) - Siemens, as part of 100-percent localization, would like to move the production of key elements of high-capacity gas turbines to Russia, Oleg Titov, director of Siemens' Power and Gas Department, told Sputnik on Friday on the sidelines of the Russian Energy Week.

“We are ready to reach 100-percent localization. This does not mean that we will produce all 100 percent of equipment, Siemens. There is a certain ecosystem within which, we hope, our joint venture will exist [with Power Machines]. This company will work and purchase parts necessary for the production of our large gas turbines, we are talking about the 2000E turbine, in the Russian Federation, including the hot part," Titov said.

"We want to transfer this technology to the Russian Federation for the 2000E turbine," he said.

In July, German tech giant Siemens discovered that its four gas turbines provided for a project in southern Russia's Taman had been moved to Crimea, where Russia was building two thermal plants. Following the incident, the company decided to annul a power plant supply license agreement and suspend power equipment deliveries to Russian state companies.