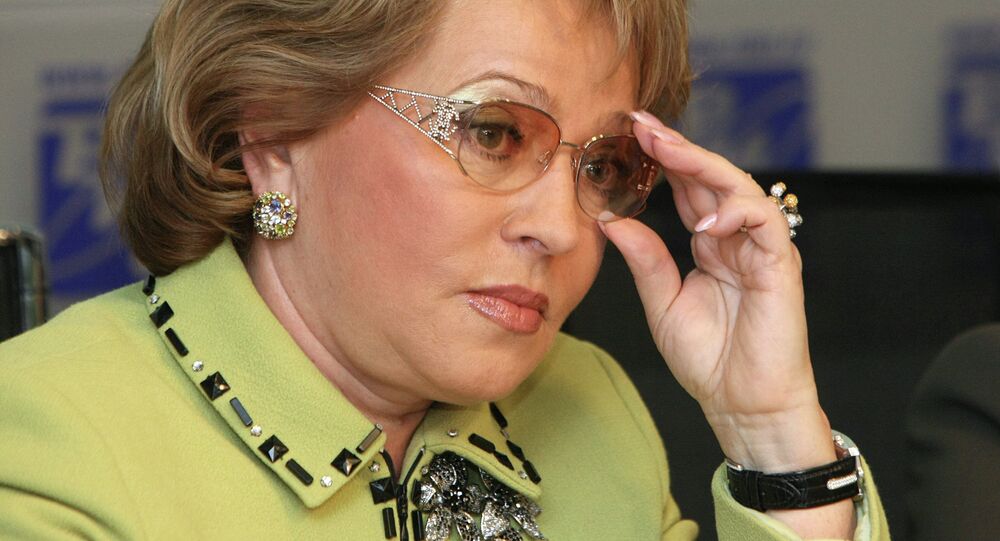 SEOUL (Sputnik) - The issue of the Russian Sevastopol vessel, which was detained in the South Korean port city of Busan, has been settled, the Russian upper house speaker, Valentina Matviyenko, said on Thursday.

On Tuesday, Roman Bykov, the consul in Russia's consulate general in Busan, told Sputnik that the South Korean authorities had notified the Russian side that the Sevastopol vessel was allowed to leave the port where it had been detained.

"As far as the vessel is concerned, fortunately, this issue has been resolved. The South Korean authorities have taken the decision to release our ship. All this time, we have maintained contacts, thus this matter has been settled. It will not affect the visit in any way because this decision was made before the beginning of our visit," Matviyenko told reporters after coming for an official visit to Seoul.

Russian Upper House speaker also said that she plans to discuss issues of settlement of crisis on Korean Peninsula during the meeting with South Korean President.

"Of course, I believe that the issues of the settlement of the situation on the Korean Peninsula will be discussed," Matviyenko told reporters after arriving in Seoul for an official visit.

The upper house speaker noted that her meeting with Moon had been included in the agenda of her visit to South Korea.

"I am sure that it will be a meaningful and constructive dialogue on all bilateral issues," Matviyenko noted.