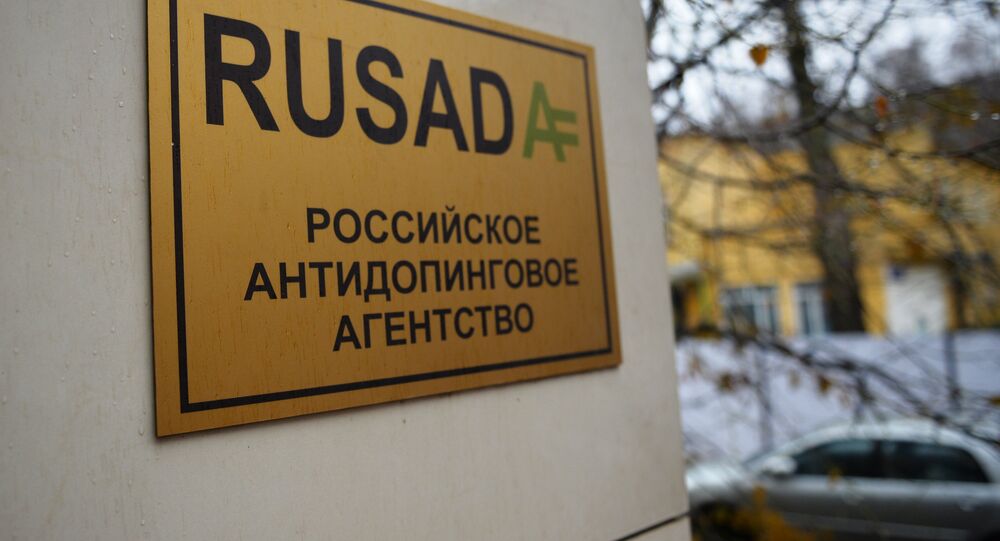 BUENOS AIRES (Sputnik) - The Executive Board of the International Olympic Committee (IOC) discussed the recent reinstatement of the Russian Anti-Doping Agency (RUSADA) by the World Anti-Doping Agency (WADA) on the first day of its meeting in Argentina, IOC spokesman Mark Adams said.

"The situation of the lifting of the ban on RUSADA was discussed… This decision was taken with a large majority by the Executive Committee of WADA. It follows the recommendation of the independent Compliance Review Committee, so we take note of that. But it was discussed, yes," Adams told reporters on Wednesday when asked if the IOC Executive Board covered the restoration of RUSADA's status during the first day of its two-day meeting.

© AFP 2021 / Marc Braibant
WADA Votes to Reinstate Russia's Anti-Doping Agency
RUSADA was suspended in 2015 over accusations of violation of the international anti-doping rules and reinstated by WADA on September 20. The international organization said, however, that it might reinstate RUSADA's non-compliance if the Russian agency failed to meet a timeline of giving WADA access to the data and samples of the Moscow anti-doping laboratory.

The doping scandal in the Russian sports led to sanctions against the Russian athletes, including stripping some of them of their 2016 Summer Olympics medals and imposing restrictions on the Russian national team ahead of the 2018 Winter Olympics.

Russian officials, including President Vladimir Putin, have refuted allegations of the existence of the state-run doping program but admitted there were issues with doping abuse in Russia.