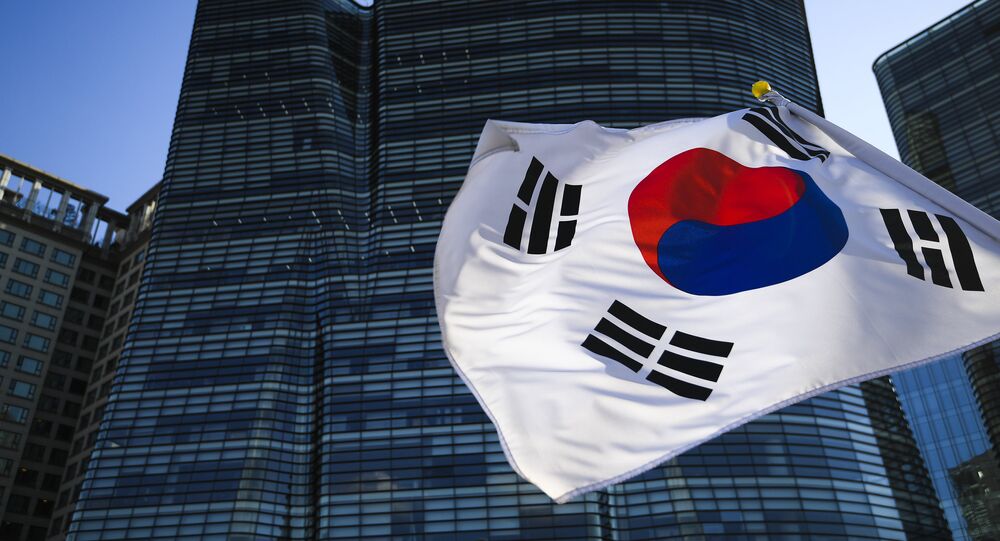 WASHINGTON (Sputnik) - Several dozen people headed by Korean Patriots Party leader Cho Won-jin rallied on Wednesday in front of the US Capitol to protest against a possible end-of-war declaration with North Korea.

"Today’s rally is to convey our wish and our will, of the Koreans, that we oppose the end-of-war declaration between [South Korean President] Moon Jae-in and [North Korean Chairman] Kim Jong-un, and this is the will of Koreans and Korean Americans," Cho told Sputnik on Wednesday.

Cho is on a visit to Washington, DC where he has held meetings with US lawmakers and government officials.

"We met with the officials from the NSC [National Security Council], State Department and journalists," Cho said. "Our message was that we must not declare end-of-war, and that we must strengthen sanctions on North Korea."

READ MORE: Two Koreas Agree to Denuclearize; Your Right to Vote; Is the DOJ Censoring Media

Cho Won-jin also told Sputnik that US forces must remain in South Korea to protect the country and act as a balance of power in northeast Asia.

"Ninety five percent of Koreans are opposed to the withdrawal of the US troops," Cho, the leader of the Korean Patriots Party, said on Wednesday. "The end-of-war declaration can lead to communization of Republic of Korea [South Korea], so we are fiercely opposed to withdrawal. It safeguards the safety of the Republic of Korea and it's also important as a balance of power in northeast Asia."

In September, South Korean President Moon vowed upon his return from a summit with Kim to push for a peace treaty between the two countries by the end of 2018.

© AP Photo / White House
Pompeo to Meet With North Korea’s Kim in Pyongyang in October – State Dept
When asked about an upcoming meeting between US Secretary of State Mike Pompeo and North Korean leader Kim Jong-un planned for October 7 in Pyongyang, Cho said, "We think that there will be no actual result."

Moon said he expects North Korea will give up its nuclear weapons program before a formal declaration can be adopted to end the Korean War. The three-year conflict stopped in 1953 after a ceasefire was signed.

On Thursday, Cho is scheduled to visit Los Angeles, California, where his delegation will hold another rally in the afternoon.

The situation on the Korean Peninsula has significantly improved since the beginning of the year as Moon and Kim held three bilateral meetings that resulted in a joint pledge to reach a peace treaty.

In June, Kim reached an agreement with US President Donald Trump that stipulated North Korea would make efforts to promote complete denuclearization in exchange for the suspension of US-South Korean military drills as well as potential sanctions relief.