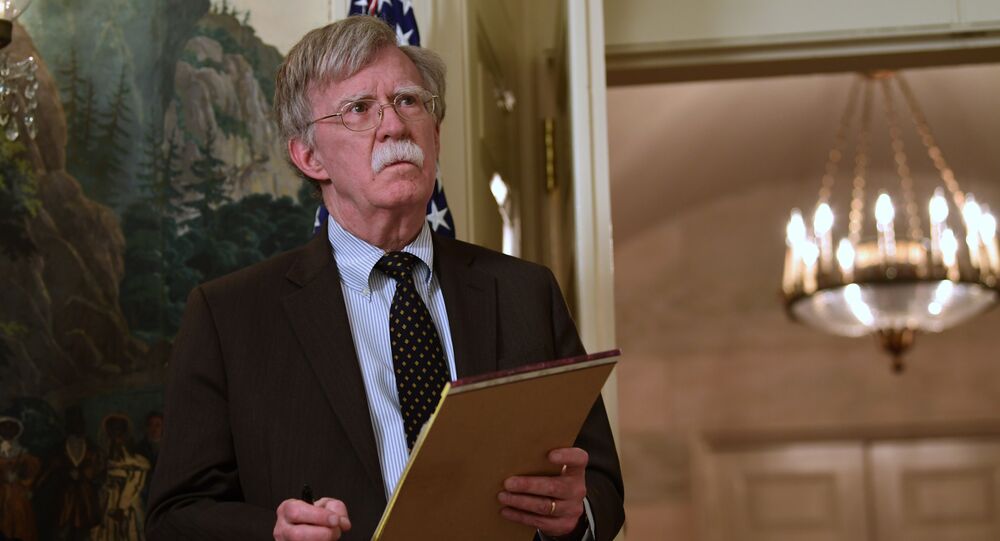 US Says Palestine Not a State, Withdraws From a Protocol of Vienna Convention

WASHINGTON (Sputnik) - The United States will withdraw from the optional protocol on disputes of the Vienna convention, National Security Adviser John Bolton said during a press briefing on Wednesday.

"I am announcing that the President has decided that the United States will withdraw from the optional protocol and dispute resolution to the Vienna Convention on Diplomatic Relations," Bolton told reporters.

The official explained that the move is connected with a Palestinian lawsuit. However, he noted that the core issue was not Iran or Palestine, but the ICJ, which he and the rest of the Trump team considers an "ineffective" body without jurisdiction over the US.

"This is in connection with a case brought by the so-called state of Palestine, naming the United States as the defendant, challenging our move of our embassy from Tel Aviv to Jerusalem."

Responding to a question as to why he did not recognize Palestine as an existing state, the adviser stated that currently, Palestine "does not meet the international law test of statehood".

"Disputes arising out of the interpretation or application of the Convention shall lie within the compulsory jurisdiction of the International Court of Justice and may accordingly be brought before the Court by an application made by any party to the dispute being a Party to the present Protocol," Article I states.

READ MORE: Iranian FM Slams US as 'Outlaw Regime' Over Withdrawal From 1955 Treaty of Amity

The National Security Adviser went on to say that the Trump administration was undertaking a comprehensive review of all international agreements that could expose the United States to a jurisdiction dispute resolution in the International Court of Justice.

"We will commence a review of all international agreements that may still expose the United States to purported binding jurisdiction dispute resolution in the International Court of Justice," Bolton told reporters.

Earlier in the day, the International Court of Justice made a preliminary ruling, partially upholding Iran's lawsuit filed in July, and ordering the United States to lift sanctions related to the export of humanitarian goods and civil aviation equipment.