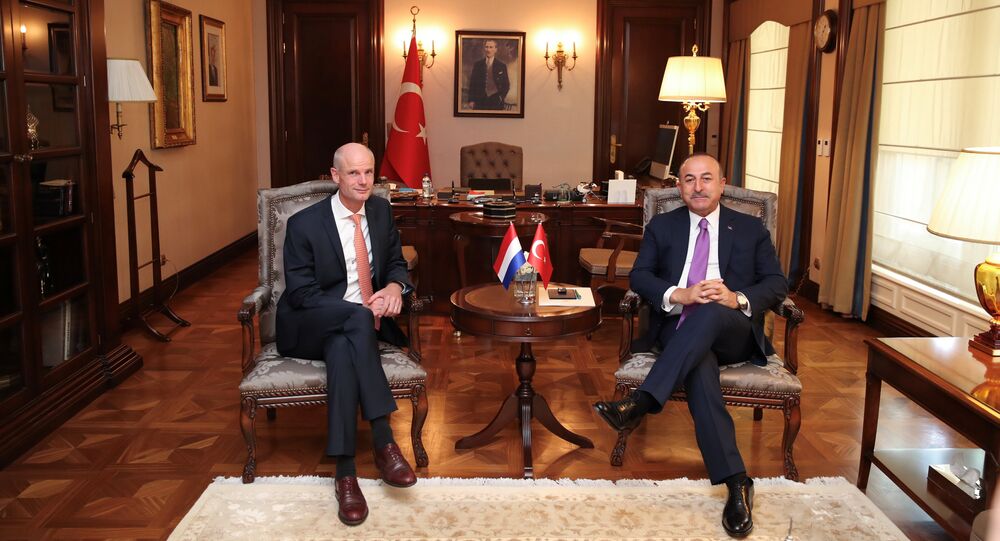 ANKARA (Sputnik) - Turkey's Foreign Minister Mevlut Cavusoglu has declared an end to more than a year of diplomatic tensions with the Netherlands, saying the two nations remain focused on the future.

"Those days are behind us as we look into the future. Now we want to develop our relationship with the Netherlands focusing on its positive aspects," Cavusoglu said at a press briefing in Ankara.

The Turkish top diplomat spoke about the outlook for boosting bilateral trade to $15 billion as he stood alongside Dutch Foreign Minister Stef Blok, who is in Ankara on an official visit.

It is our common goal to reinvigorate and further develop #Turkey-#Netherlands relations. Following the mutual start of office of our Ambassadors, we are discussing with Foreign Minister Stef Blok steps to be taken in the period ahead. pic.twitter.com/qyH0qFnWhD

"The negotiations have come to a standstill. There are a lot of criteria to be met, especially regarding the rule of law and human rights," Dutch Foreign Minister Stef Blok said, speaking at a news conference alongside his Turkish counterpart.

Earlier in July, the Dutch Foreign Ministry stated that during a telephone conversation, the [foreign] ministers agreed to normalize the diplomatic relations between the Netherlands and Turkey.

The Turkish Foreign Ministry responded by stopping the Dutch ambassador from returning to Turkey after a vacation at home. The Netherlands, in turn, recalled its own top diplomat in the country in February 2018.