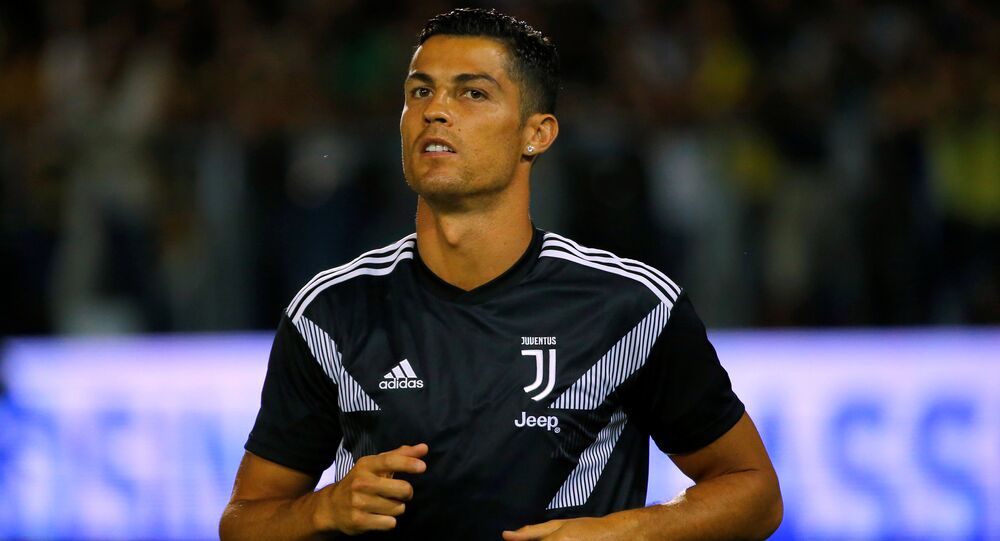 The footballer allegedly sodomized his victim and later insisted that he was a “good guy” except for the “one percent.”

According to the magazine, the alleged sexual assault occurred in Las Vegas in 2009 “on the night between June 12 and 13” and ultimately led to Ronaldo paying the woman some $375,000 in an out-of-court settlement in order to ensure her silence – a deal the validity of which her lawyer currently seeks to dispute.

© AP Photo / Brennan Linsley
UK Jurors Consistently Fail to Convict Younger Men in Rape Cases - Prof.
As Mayorga revealed, Ronaldo sodomized while they were in his Palms Place Hotel suite, asking her afterwards if she was in pain.

"By this time, he's… on his knees. He says the 99 percent thing," Mayorga said, further explaining that the footballer claimed he was a "good guy" except for the "one percent."

Cristiano Ronaldo denied the allegation and insisted that the sexual encounter between him and Mayorga was consensual.

Mayorga’s lawyer, however, notes that in Ronaldo’s written description of what transpired on that night, the lady allegedly “said no and stop several times,” the magazine points out.